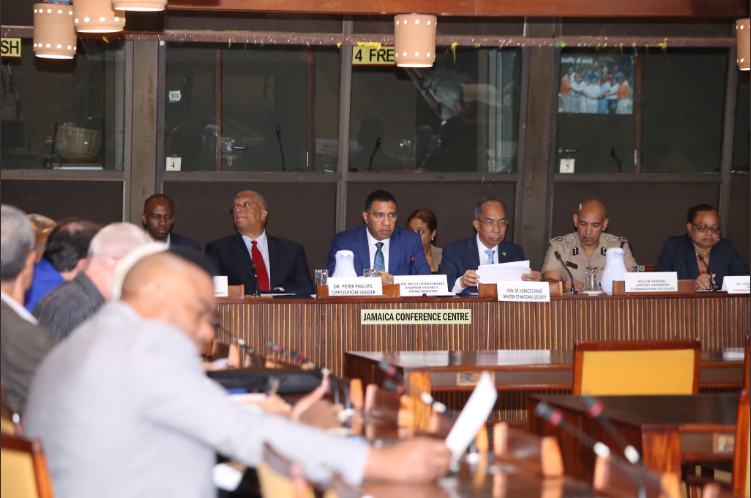 The Crime Monitoring & Oversight Committee CMOC says it is concerned that two of four established deliverables may not be attained for the first quarter.

During the National Consensus on Crime, media briefing this morning, CMOC Chairman, Lloyd Distant, noted that the first quarter ending December 31 is closing in on the board quickly.

He says it is vital that all deliverables are attained before the second quarter begins.

The Government along with the Opposition and other private sector stakeholders, came to an agreement about a National Consensus on Crime in October last year.

That agreement was signed on August 3 this year.

Mr. Distant explains that two deliverables are still attainable by the end of December.

However, Mr. Distant says he’s awaiting responses from the Finance Minister, Dr. Nigel Clarke, and National Security Minister, Dr. Horace Chang, about the possible outcome of the other deliverables.

But, he says that it is unlikely they will be completed by the end of the first quarter.

Despite the concern, the CMOC Chairman says he’s confident that progress will be made over the next six weeks