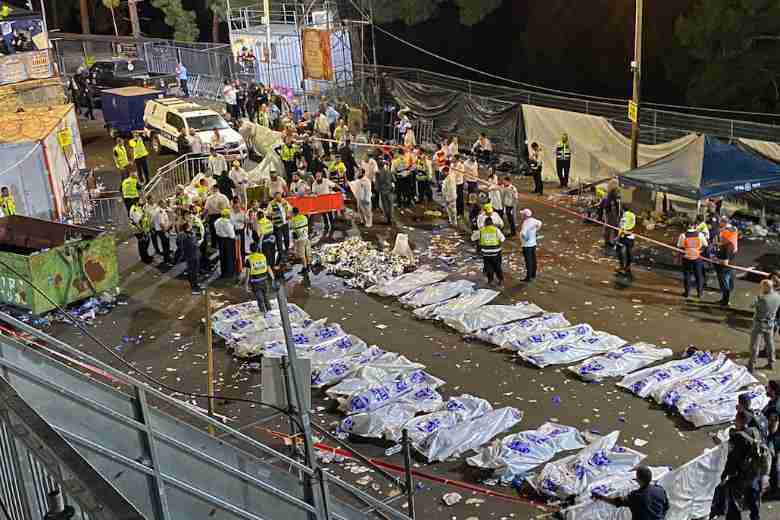 At least 44 people have been killed in a crush at a crowded religious festival in the north-east of Israel.

Dozens more were injured at the Lag B’Omer festival, which takes place annually at the foot of Mount Meron.

Prime Minister Benjamin Netanyahu travelled to the scene and said Sunday would be a day of national mourning.

Tens of thousands of Orthodox Jews attended the all-night festival, making it the largest event in Israel since the coronavirus pandemic began.

The country’s successful vaccination programme has allowed it to lift many restrictions, but health officials had still warned of the risk of Covid-19.

Police say that it started after some attendees slipped on steps, which caused dozens more to fall.

Loudhailer messages urged the crowds to disperse, before police requested the full evacuation of the site.

Dozens of ambulances attended the scene as emergency services laid out bodies under foil covers on the ground.

Helicopters took the injured to hospital, while the military said search-and-rescue troops had also been deployed.

At least 150 people were injured, officials said, including 38 people who were in critical condition at the site.