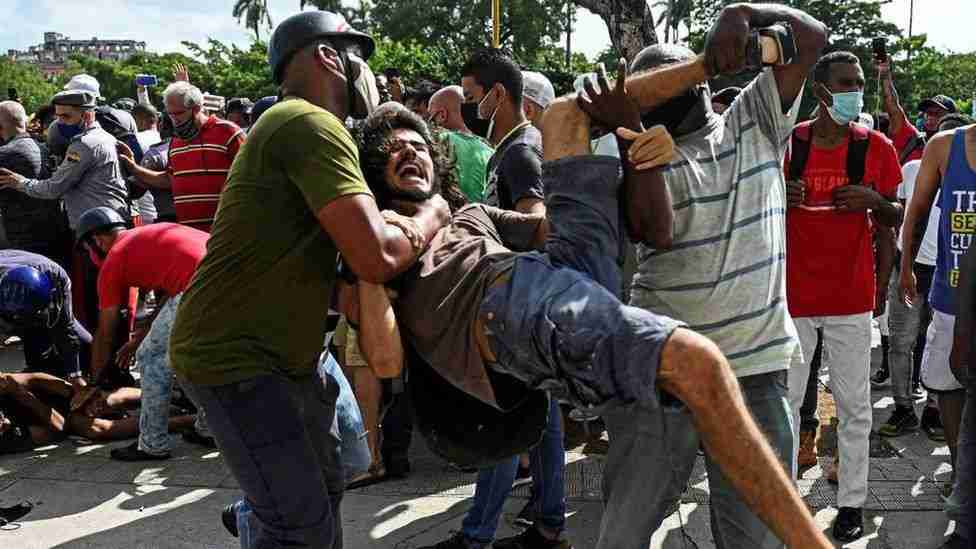 Dozens of people have been arrested in Cuba after thousands joined the biggest protests for decades against the island’s Communist government.

That’s according to the media and opposition sources.

Unauthorized public gatherings are illegal in Cuba and protests are rare.

Images on social media showed what appeared to be security forces detaining, beating, and pepper-spraying some of the protesters.

In a four-hour-long televised address, President Miguel Díaz-Canel slammed protestors as “counter-revolutionaries” while his foreign minister alleged the demonstrations had been financed and instigated by the United States.

But those who took to the streets said they were angry about the collapse of the economy, food and medicine shortages, price hikes, and the government’s handling of Covid-19.

The government’s response to the demonstrations was swift.