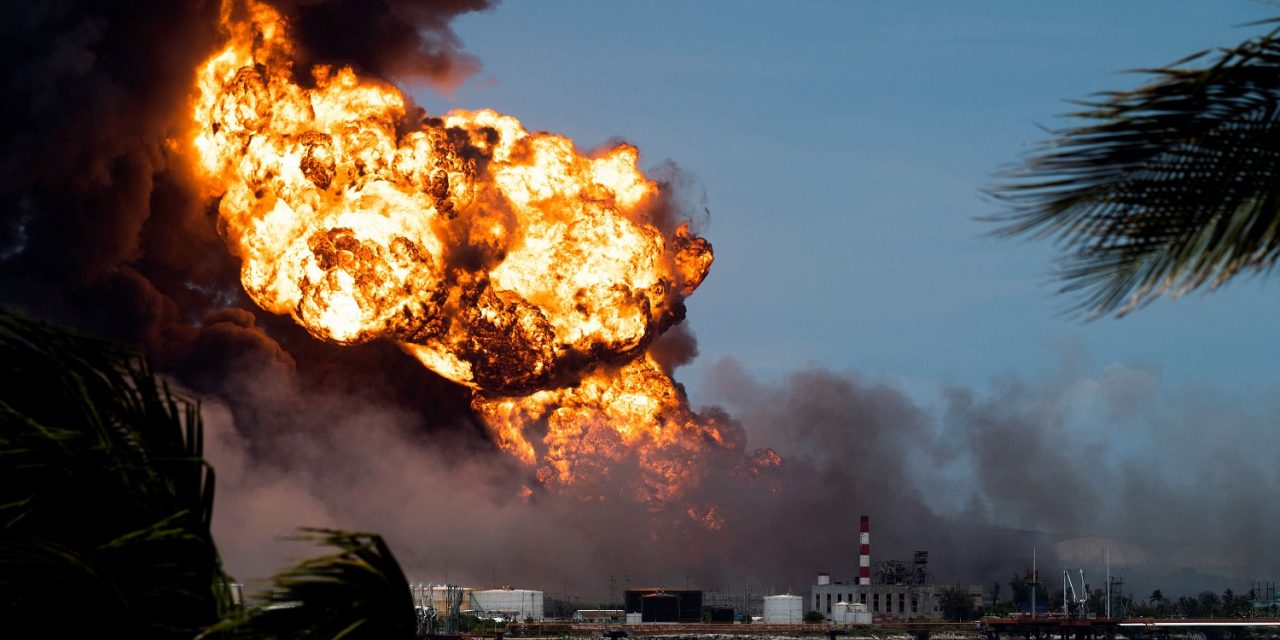 Firefighters have finally overcome what’s reportedly the worst fire in Cuba’s history that blazed for five days and destroyed 40 percent of the island’s main fuel storage facility. The fire has caused long and widespread power outages.

The raging flames have died down and the towering plumes of thick black smoke streaming from the port are now mostly grey.

Firefighters for the first time were able to enter the area and spray foam and water on the still smouldering remains of the fuel tanks.

It’s still not known how much fuel has been lost in the fire.

Authorities say no oil has contaminated the nearby Matanzas Bay. Still, they warned residents as far away as the capital to wear face masks and avoid possible acid rain due to the large plume of smoke the fire generated.

One firefighter was killed and 14 are missing. Five others remain in critical condition. More than 100 people were reported injured, with 22 still in hospital.

The huge blaze was accompanied by massive explosions. Each storage tank had the capacity to hold some 50,000 cubic metres or 50 million litres of fuel.