Deadly Gun Battle Between Police and Suspected Assassins in Haiti 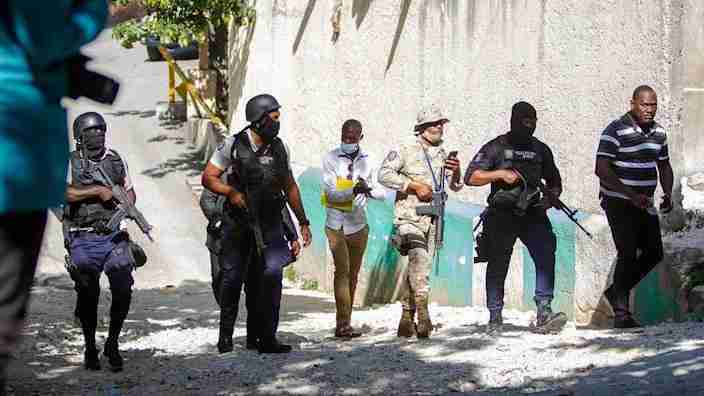 A deadly gun battle between police and the men suspected of assassinating Haiti’s President Jovenel Moïse has been raging in Haiti’s capital  Port-au-Prince.

Police chief, Léon Charles, says four suspects were killed and two detained but some, including the masterminds, remained at large and a manhunt was still under way.

President Moïse was shot dead at his home in the early hours of Wednesday.

His wife, Martine, was seriously injured and has been flown to Florida for hospital treatment.

The 53 year old Mr Moïse, was deeply unpopular with many Haitians, and had many political opponents . The impoverished nation has also been plagued by gang warfare.

Although the streets have remained fairly calm in the immediate aftermath of the assassination, the suspected involvement of foreigners has increased anger among the public.

The UN on Thursday gave a boost to Mr. Joseph.

The UN special envoy for Haiti, Helen La Lime, said he should remain in charge until elections are held this year.