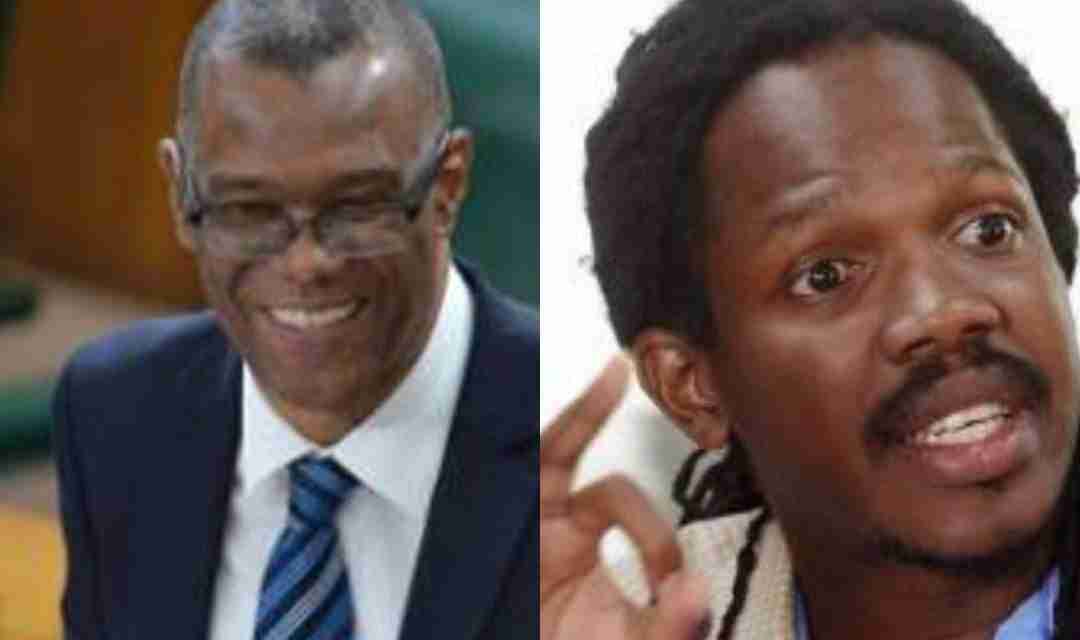 Things got heated in the Upper House Friday afternoon after Government Senator, Charles Sinclair, in a personal statement demanded an apology from his opposition counterpart, Damion Crawford.

He alleges that Mr. Crawford defamed him by calling him a liar in a social media post.

Senator Sinclair’s call for an apology drew the ire of the Opposition which lambasted Senate President, Tom Tavares Finson, for allowing such a controversial statement in the Upper House.

Senator Sinclair in a personal statement in the Upper House, says Mr. Crawford’s social media post, which is not protected by parliamentary privilege, impugned his integrity.

The nexus of the disagreement started at last week’s sitting of the Senate during debates over the ‘Anti-Gang’ Legislation.

He says Senator Crawford, in 2013 as then Junior Minister of Entertainment, was signatory to a Joint Select Committee report for the Anti-gang Legislation which sought to criminalise music that facilitated criminal gangs.

However, Opposition Senators Lambert Brown and Floyd Morrison both slammed Senate President Tom Tavares Finson for allowing such a controversial statement to be read in the chambers.

But, the Senate President hit back noting that all Mr. Sinclair was doing was clarifying and defending his previous comments.

Meanwhile, Senator Damian Crawford far from apologising, hit back at Mr. Sinclair noting categorically that he did not support the proposed clause.

He went further to lambaste Prime Minister Andrew Holness for perceived hypocrisy in hitting out against violent lyrics while allowing artistes who promote it to provide dub plates for his 2020 election campaign.

Mr. Crawford in defending himself says there can only be a single version of the truth.

He pulled records from Hansard during the deliberations of the 2013 Joint Select Committee noting that the controversial clause that Mr. Sinclair was reacting to was actually recommended to be deleted from the legislation.

He also pointed to his contributions during the deliberations, which show that he in no way believed that there was a direct link between violent music and criminality.

The Opposition Senator also noted that late journalist, Ian Boyne, criticized him and then Opposition MP, Olivia Grange for their stance.

Senator Crawford then went on to slam Prime Minister Andrew Holness’ stance on the issue of Dance Hall and violent crime.

He noted that during the 2020 elections the Prime Minister made use of dub plates from dancehall artistes Skillibeng, Massicka and Intense, whose lyrics include promotion of violence.

He says under this context and his own stance how can the Prime Minister be taken seriously on crime.