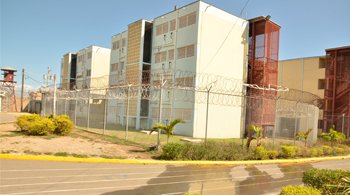 The Department of Correctional Services, DCS, says there was a gun attack on one of its buses along Maxfield Avenue this morning however persons escaped injury.

It says it involved members of staff from the Metcalfe Street Secure Juvenile Remand Centre.

According to reports from the Staff Officer on duty, a department bus driven by a Correctional Officer was transporting early night staff to their home.

The Department says upon arriving on Maxfield Avenue at approximately 12:35 this morning, four gunmen opened fire at the bus.

The escort returned fire which dissuaded the attackers.

The incident has since been reported to the Half-Way Tree Police Station.