“Down With the Dictatorship!” – Cuba Faces Biggest Protests in Decades as Thousands Rally Against Island’s Communist Government 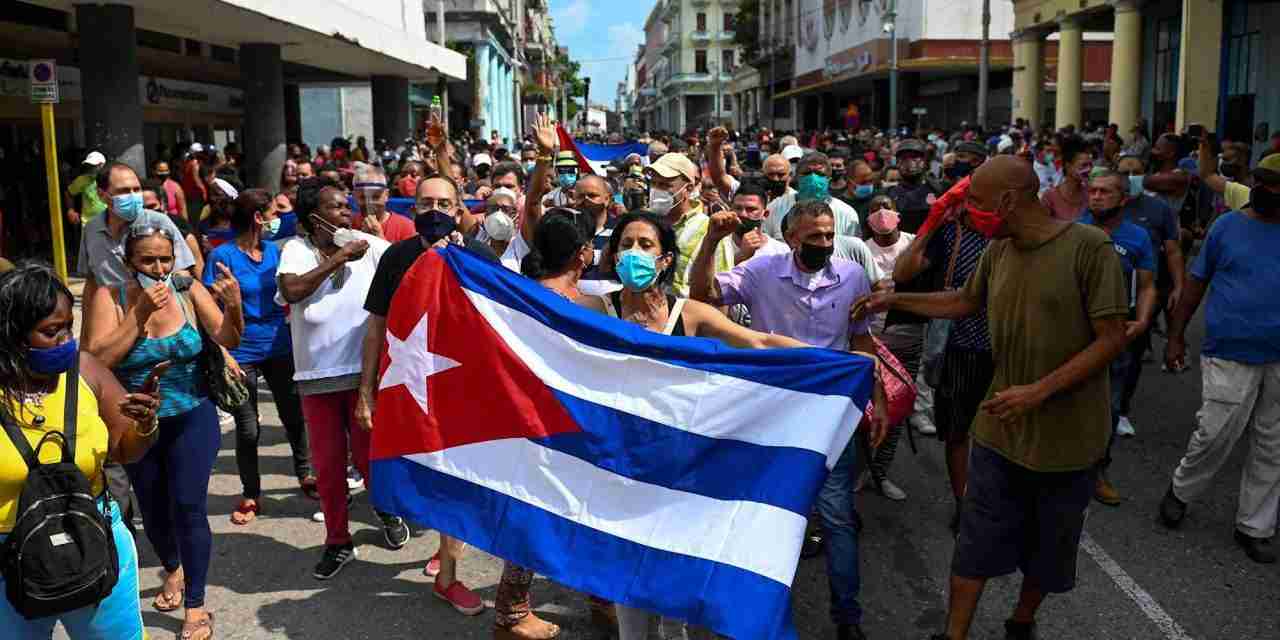 Thousands of Cubans have joined the biggest protests for decades against the island’s Communist government.

They marched in cities including the capital Havana, shouting, “Down with the dictatorship!”.

Images on social media showed what appear to be security forces detaining and beating some of the protesters.

Cubans have been angered by the collapse of the economy, as well as by restrictions on civil liberties and the authorities’ handling of the pandemic.

The protesters were demanding a faster coronavirus vaccination programme after Cuba reported a record of nearly 7-thousand daily infections and 47 deaths on Sunday.

It was hit hard by the pandemic and US sanctions.

Thousands of pro-government supporters also took to the streets after the president went on television to urge them to defend the revolution – referring to the 1959 uprising which ushered in decades of Communist rule.

President Miguel Díaz-Canel said the protests were a provocation by mercenaries hired by the US to destabilise the country.