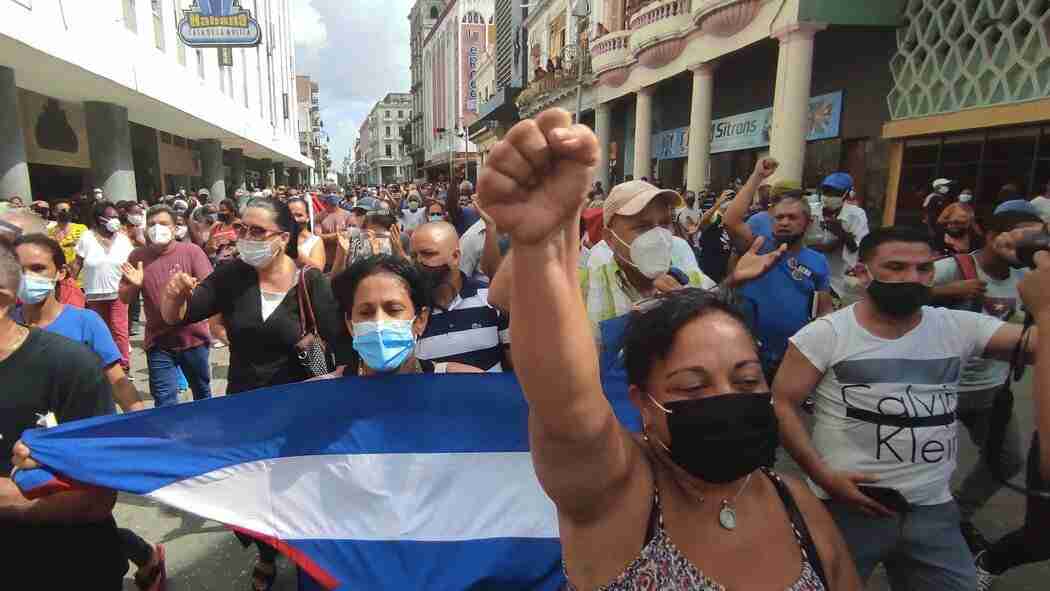 Media sources say dozens of people have been arrested in Cuba after thousands joined the biggest protests for decades against the island’s Communist government.

Cubans have been angered by the collapse of the economy, food and medicine shortages, price hikes and the government’s handling of the coronavirus.

The country’s president, Miguel Díaz-Canel, has since blamed the anti-government protest on U.S attempts to destabilize the island.

Reuters news agency has reported that anti-government protesters were arrested by security forces who were assisted by plain clothes officers.

Images on social media showed what appeared to be security forces detaining, beating and pepper-spraying some of the protesters.