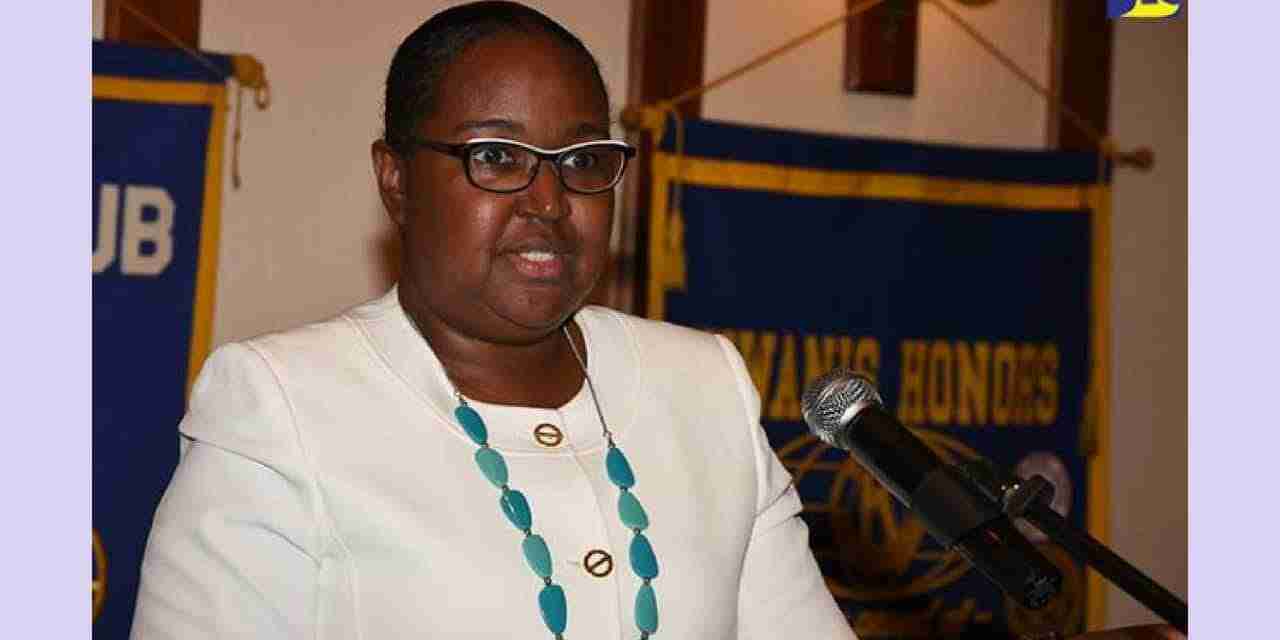 Hours after a damning special report by the Auditor General on how the Joint Committee on Tertiary Education, JCTE, was given more than $120-million by the Education Ministry, the Acting-Permanent Secretary, Dr. Grace McLean, has been sent on leave.

Dr. McLean was summoned by the Cabinet Secretary and advised that she’s to proceed on leave.

Dr. McLean reportedly turned up at the Education Ministry in the wee hours of this morning to collect some of her belongings.

She left the premises shortly after.

It’s understood that Dr. McLean collected her belongings after the Cabinet Secretary advised her that she’ll be sent on leave.

In the first instance, the duration of the leave is 70 days.

The development comes following a damning report by Auditor General, Pamela Munroe- Ellis, in the operations of the Joint Committee for Tertiary Education, JCTE.

In the report tabled in the House of Representatives yesterday, the Auditor General called on Education Minister, Fayval Williams to call in the police.

The Auditor General recommended that a probe be launched to determine how nearly $124 million that the JCTE received from the Ministry was spent between 2018 and 2020.

In her report the Auditor General noted that in her role as Acting Permanent Secretary, Dr. McLean suggested in a 2020 meeting that she had no knowledge the JCTE chairman had formed a private entity.

It was further noted that having purportedly been made aware of the formation of the private company Dr. McLean still allowed the transfer of funds to the JCTE amounting to $11.2 million between April and June 2020.

McLean’s tenure at the Education Ministry has been dogged by controversy.

She faced questions arising from a separate Auditor General report a few years ago which found that she had facilitated a party for disgraced former Caribbean Maritime University President, Professor Fritz Pinnock.

The party was paid for by the Ministry.

McLean has insisted that all her actions were above board during her stewardship as the Ministry’s Chief Accounting Officer.

It’s understood that the Auditor General became aware of the activities of the JCTE through its audit of the Caribbean Maritime University.

It was found that the Chairman of the JCTE had funded a party for the Permanent Secretary in 2017, the same year that the MoEYI made the decision to facilitate JCTE being assigned a TRN.

The Permanent Secretary at the time was Dean Roy Bernard while McLean was the Chief Education Officer.

In 2019,  Prime Minister Andrew Holness conducted a review after questions surfaced about the running of the Ministry.

Following that review, Bernard was transferred from his post of Permanent Secretary with immediate effect.

He was sent to the Finance Ministry as Director General, a move his Attorneys suggested was a demotion.

Bernard took the Holness administration to Court over his re-assignment.

The status of those legal proceedings aren’t immediately clear.