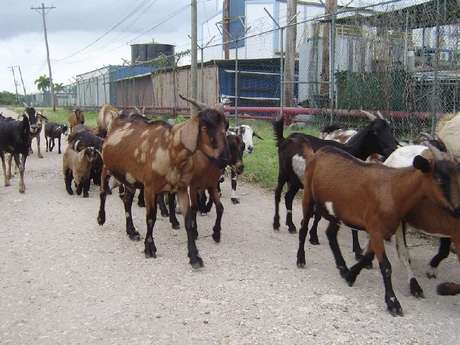 Livestock farmers across the island, especially those raising cattle, are facing the possibility of losing their animals.

It’s another consequence of the prolonged drought, which may result in a shortage of beef and other meats.

More in this report from Kalilah Enriquez.

The cattle on Bernard Henry’s farm in South St. Elizabeth are getting thin.

They’ve lost weight because there’s barely enough water for them to drink or grass to graze on.

Henry says it’s a struggle to keep them alive.

Henry’s farm has about 70 head of cattle, none of which he can sell because they’re too emaciated.

Henry Rainford, President of the Jamaica Livestock Association, says cattle and other livestock farmers across the country are suffering from the effects of the drought.

If things continue like this, there could end up being a shortage of beef on the market.

And that’s because cows in particular require a lot of water, according to Rainford.

Farmers say they cannot afford to continue buying feed and trucking water to sustain their animals.

Without rain, many of them will die soon.