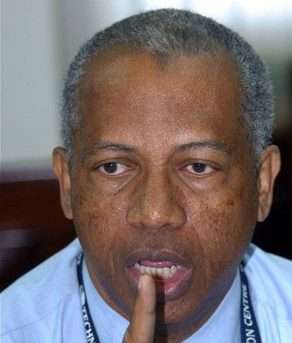 Public health specialist and tele-medicine research pioneer, Dr. Winston Davidson, says the Ebola Action Plan will fail if the government does not tailor its response to satisfy the specific needs of the country.

He says that although the World Health Organization has established guidelines for countries to prepare for the disease, Jamaica will have to format the regulations.

Dr. Davidson made the comments while speaking on Nationwide This Morning.

The public health veteran says although the involvement of the Jamaica Defence Force is crucial in the success of the Ebola Response Plan, the army should only play a supporting role.

Meanwhile Dr. Davidson is endorsing the decision by some Caribbean states, including Jamaica, to impose travel bans on persons coming from countries worst affected by Ebola.

The Executive Director of the Caribbean Public Health Agency, CARPHA, Dr. James Hospedales, had criticized the decision, saying it was only useful in providing a false sense of security.

Dr. Davidson says the CARPHA head is correct, in one respect.

Dr. Winston Davidson, Head of of the UTech School of Public Health and Health Technology.