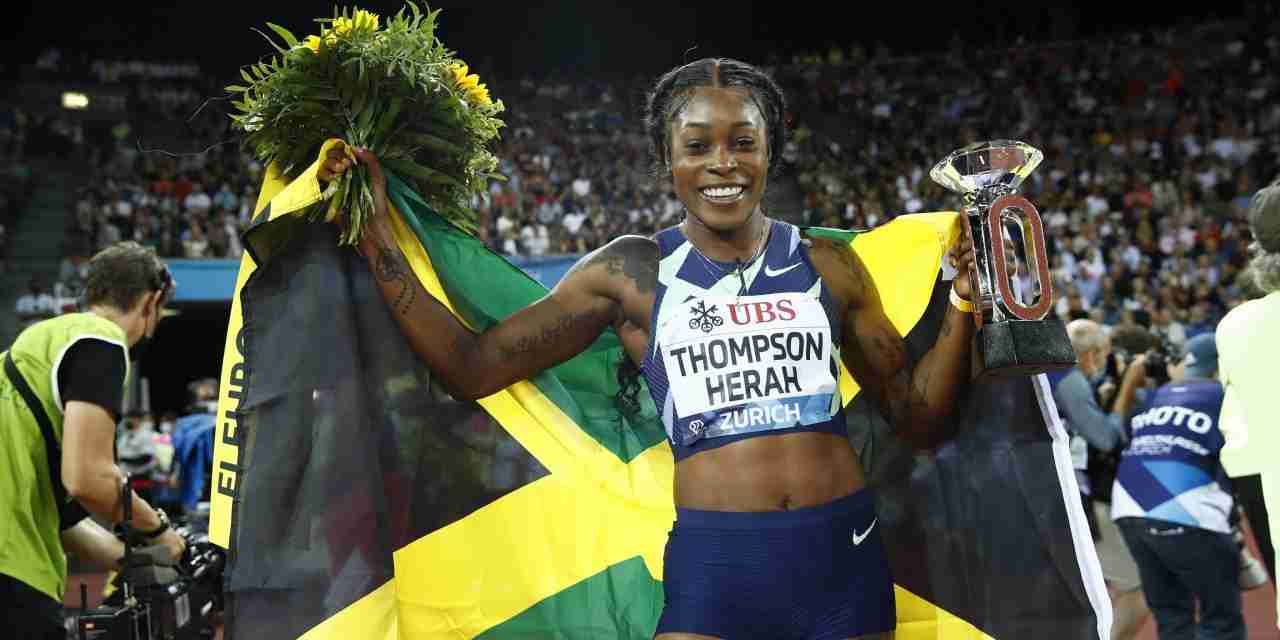 Elaine Thompson-Herah collected the diamond trophy and US $30,000 after winning the women’s 100-metres at the Diamond League final in Zurich, today.

Thompson-Herah won the event in a meeting record of 10.65 seconds ahead of Britain’s Dina Asher-Smith who ran a season’s best 10.87 seconds, with compatriot Natasha Morrison seventh.

Shanieka Ricketts collected the Diamond trophy despite finishing second in the women’s triple jump with a leap of 14.64 metres.

The Olympic Champion Yulimar Rojas won the event with a meeting record of 15.48 metres, another Jamaican Kimberly Williams was third with 14.47 metres.

Levy ran a season’s best 13.06 seconds, the same time given to winner Devon Allen of the USA, while Olympic champion Parchment was third in 13.17 seconds.

That was enough for her to secure the diamond trophy with 33 points.

Shericka Jackson finished second in the women’s 200-metres in a personal best 21.81 seconds.

Fedrick Dacres finished third in the men’s discus with a throw of 65.33-metres and Janieve Russell finished 7th in the women’s 400-metres hurdles.