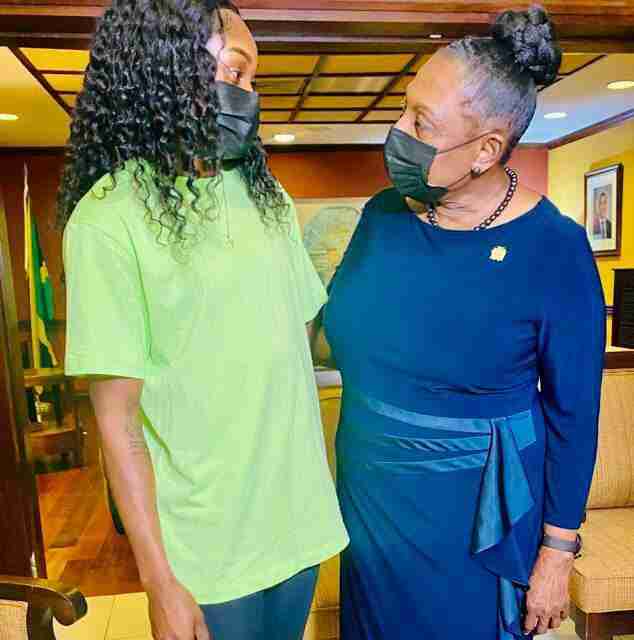 Thompson-Herah retained both the women’s 100 and 200 metres titles at the Tokyo Olympics. She was also a member of the quartet that won the women’s 4-by-100-metres relay in a new national record.

The 29-year-old also became the fastest woman alive over 100-metres when she clocked 10.54 seconds to win the event at the Diamond League meet in Eugene, Oregon.

Minister Grange says the new passport will make it easier for Thompson-Herah to travel across the world.