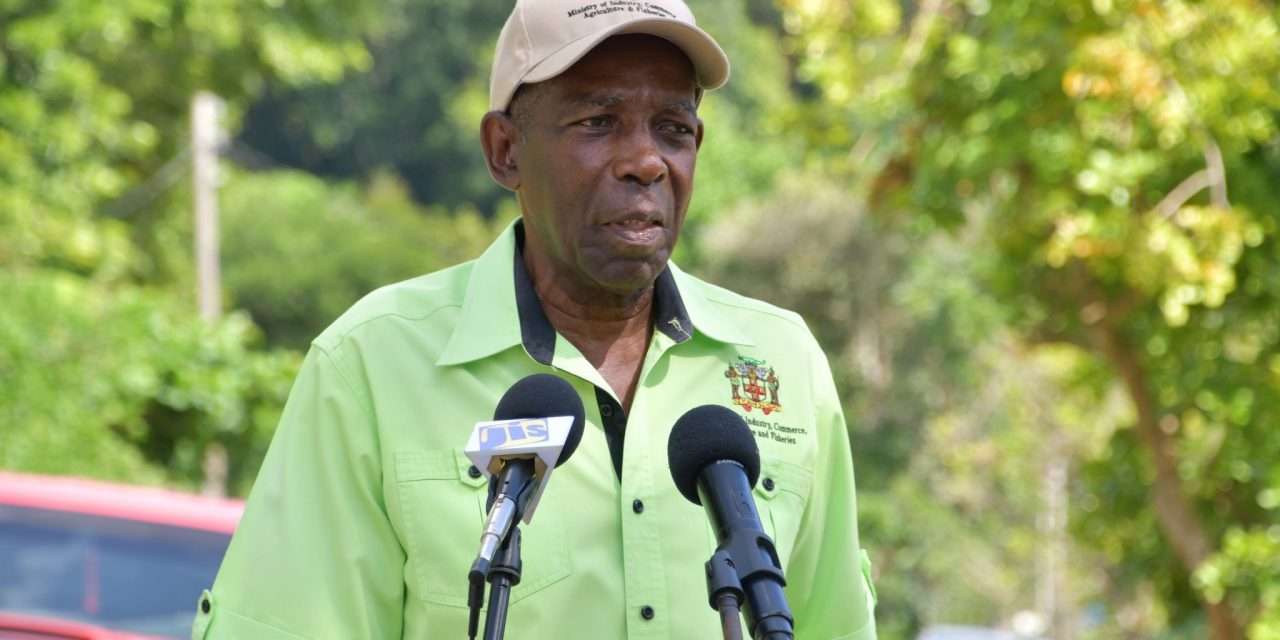 In a letter to Mr Robinson, Mr Hutchinson’s attorney, Robert Collie, says the PNP General Secretary has seven days to respond to a demand for a public apology and a sum of 25-million dollars.

Prime Minister Andrew Holness last month stripped Hutchinson of his Agriculture Ministry portfolio and transferred him to the Office of the prime Minister following a scandalous land deal at Hollands Estate in his constituency.

According to Mr Hutchinson’s attorney, Mr Robinson in a July 15 Gleaner article portrays the Minister as a corrupt person.

He says the Gleaner article was carrying a PNP media release signed by Mr Robinson.

According to the attorney, Mr Hutchinson is an upstanding citizen with a hard fought reputation.

He says the statement defamed Mr Hutchinson’s character as it referenced him giving 108-million dollars to connected Holland Producers.

But he says they’ve been separated for nine years, and have not been living together even though they reside at the same house.

According to the attorney, Mr Hutchinson has no in-depth knowledge of Mrs Marshall Williams business dealings.

Mrs Marshall Williams is a director of Holland Producers, a key member of Mr Hutchinson’s constituency Executive and has just reportedly resigned from the board of the Agriculture Ministry based- Rural Agricultural Development Authority.

Mr Hutchinson through his attorney maintains that he’s not benefiting from the Holland Producer’s business with the small farmers on the lands.

In the meantime, Mr Robinson denies the allegations.

Through his attorney Michael Vascianna Mr Robinson insists he was well within his right to make the comments.

And he says he’ll be defending the pending lawsuit on the basis of truth.