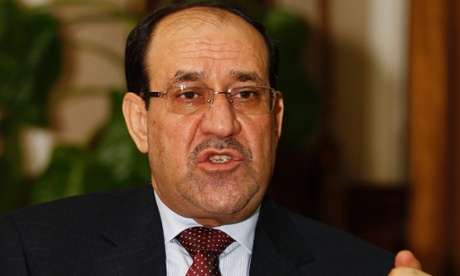 Iraq’s embattled Prime Minister, Nouri al-Maliki, appears to have lost his job , after the country’s President appointed a rival Shia candidate to form a new government.

In a major defeat for Maliki, Iraq’s largest coalition of Shia political parties nominated Haider al-Abadi, a member of Maliki’s Shia Islamist Dawa party, to take over as Prime Minister.

The move is likely to deepen Iraq’s political turmoil and comes just hours after Maliki deployed his elite security troops on the streets of Baghdad.

The international community has repeatedly put pressure on Maliki to step down.

It says that his divisive sectarian politics have enabled the rise of Islamic State militants, who have captured large swaths of the country over the past three months.