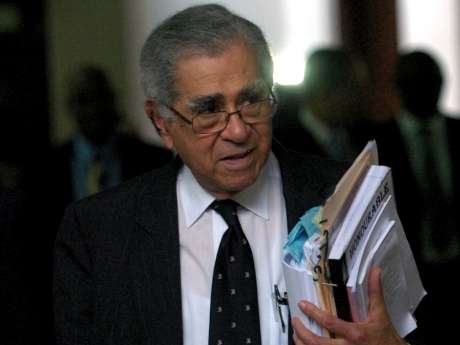 Mr. George passed away today after a long battle with Cancer.

George, a former Senator, was the Chairman of the Manatt-Dudus Commission of Enquiry in 2010.

An Oxford graduate, George was called to the bar at Gray’s Inn in London in 1955.

He was appointed Queens Counsel in 1970.