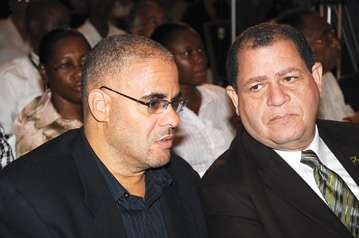 The Economic Programme Oversight Committee (EPOC) is welcoming the continued public discussion about the proposed entrenchment of an independent body to provide oversight of Jamaica’s economic and social programmes.

Currently, EPOC operates as an informal body at the behest of the Prime Minister with no entrenched provisions.

There’ve been calls from various civil society groups to make it an entrenched oversight body.

In its statement yesterday, EPOC says it believes this discussion is an important one to have as Jamaica builds to protect the gains made toward a stronger and more resilient economy.

EPOC also notes that there are ongoing efforts to establish the autonomy of the Bank of Jamaica and to strengthen the capacity of Parliament for fiscal and budgetary analysis.

It says this institutional framework will provide even greater independence and critical review of important monetary and fiscal targets.

And, EPOC also says it welcomes the announced resumption of the Vale Royal Talks.

It says with crime being such a negative weight on the economy and a mental strain on the people of Jamaica, it expects crime will be given priority treatment.