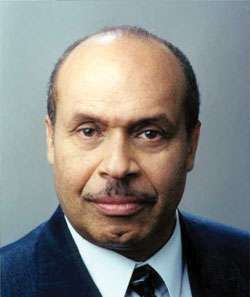 The Jamaica Teachers Association, JTA, will be asking its former President, Professor Errol Miller, to mediate in the battle surrounding its disputed President-Elect election this year.

The matter is now before the court but the Association is making a last-ditch attempt at resolving the matter internally.

Yesterday, on the final day of its Annual Conference, the JTA took a unanimous decision to invite Professor Miller to mediate the issue.

The JTA was barred by the Supreme Court from proclaiming a winner of its presidential election at its three-day conference.

The injunction was granted by Justice Lennox Campbell last week.

It was sought by principal of Harmons Primary School in Manchester – Georgia Waugh Richards – who was initially declared the winner of the election but later lost on recount to Norman Allen.

The matter is to be tried in the Supreme Court in May, next year.

Meanwhile, on Thursday night during his installation – Mr. Dixon – said the JTA is not ashamed of the controversy and legal battles surrounding this year’s election.

He described the matter as a ‘mishap’, adding that the Association has had an excellent electoral record during its 50 year history.

He says the Association will make the necessary reforms so there’s not a recurrence of a similar problem.