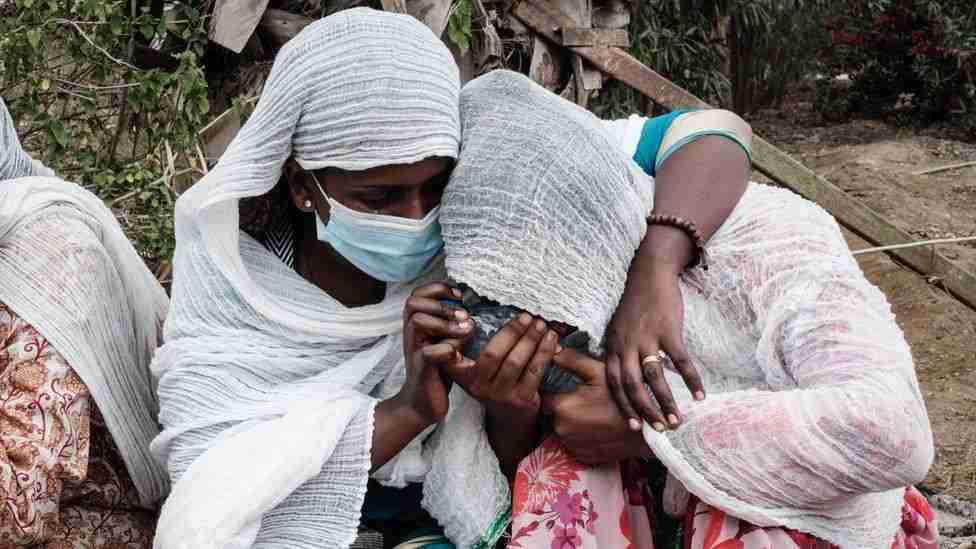 Dozens of people have reportedly been killed or injured after Ethiopia’s air force bombed a market in the northern region of Tigray.

The Ethiopian military denied targeting civilians, saying it carried out the strikes to neutralise “terrorists”.

Tigrayan rebel forces are said to have made advances in recent days.

However, this has been denied by the Ethiopian government.

Thousands of people have been killed and millions displaced after conflict erupted almost eight months ago.

Doctors at the country’s main hospital say they are treating dozens of people, including a two-year-old child left injured by the air strike.

They say the Ethiopian military blocked them from reaching the site of the attack to help others left behind.