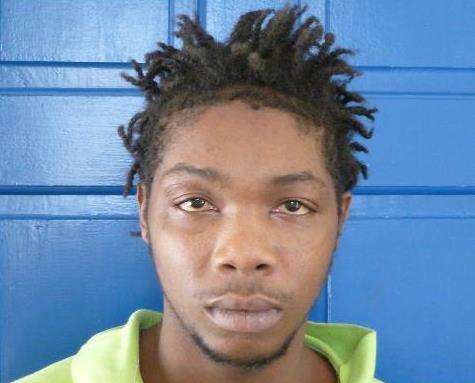 The mother of Fahdean Ferguson, the man who’s a witness in the beating death of Mario Deane at the Barnett Street lockup in Montego Bay, in early August, has made a stunning allegation regarding his alleged escape from police custody!

Ovia Brown says her son told her that the police released him, on the day he was reported to have escaped.

Last week, police said Ferguson escaped after climbing through a window at the Freeport station, where he was being held after an identification parade.

Did Fahdean Ferguson escape from police custody, or did officers at the Freeport station in Montego Bay release him?

Two very different scenarios being promulgated by the two parties.

The police on the one hand, and Ferguson on the other.

Ferguson’s mother, Ovia Brown, says she spoke with her son yesterday, as he turned himself in after a week on the run.

The story is much different from the police’s account of what happened.

This is how the head of the Area One Division, Assistant Commissioner Warren Clarke, described the alleged escape last Wednesday.

Ferguson voluntarily turned himself in yesterday afternoon at the Western Regional Office of the Independent Commission of Investigations, INDECOM in Montego Bay.

Last week, Assistant Commissioner of INDECOM, Hamish Campbell, said they would not be investigating Ferguson’s reported escape, as it was a matter for the police.

But today, INDECOM’s Public Relations Officer, Kahmeile Reid, told our news centre, that the Commission will indeed be looking into the new allegations.

Ferguson was originally in police custody after being charged with housebreaking and larceny.

Depending on the outcome of the INDECOM investigation, he could face a new charge of attempting to pervert the course of justice.

Meanwhile INDECOM says Mr. Ferguson will be interviewed today by its officers, in relation to his alleged escape from police custody last week.

Ferguson had turned himself over to the police yesterday, after allegedly breaking out of a room at the Montego Freeport police station on September 16.