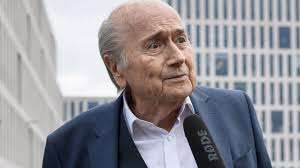 Football’s world governing body Fifa has lodged a criminal complaint against former president Sepp Blatter over the finances of a museum in Zurich, Switzerland.

The complaint relates to the involvement of Blatter and other former officials in the Fifa museum project.

It is the latest allegation of financial impropriety against Blatter, who resigned from his post as president in 2015 amid a corruption scandal.

The 84-year-old has always denied any wrongdoing.

Fifa, football’s world governing body, say Blatter’s previous administration cost them 420-million pound sterling to renovate a building that the organization doesn’t own, while also “locking itself into a long-term rental agreement on unfavourable terms”.