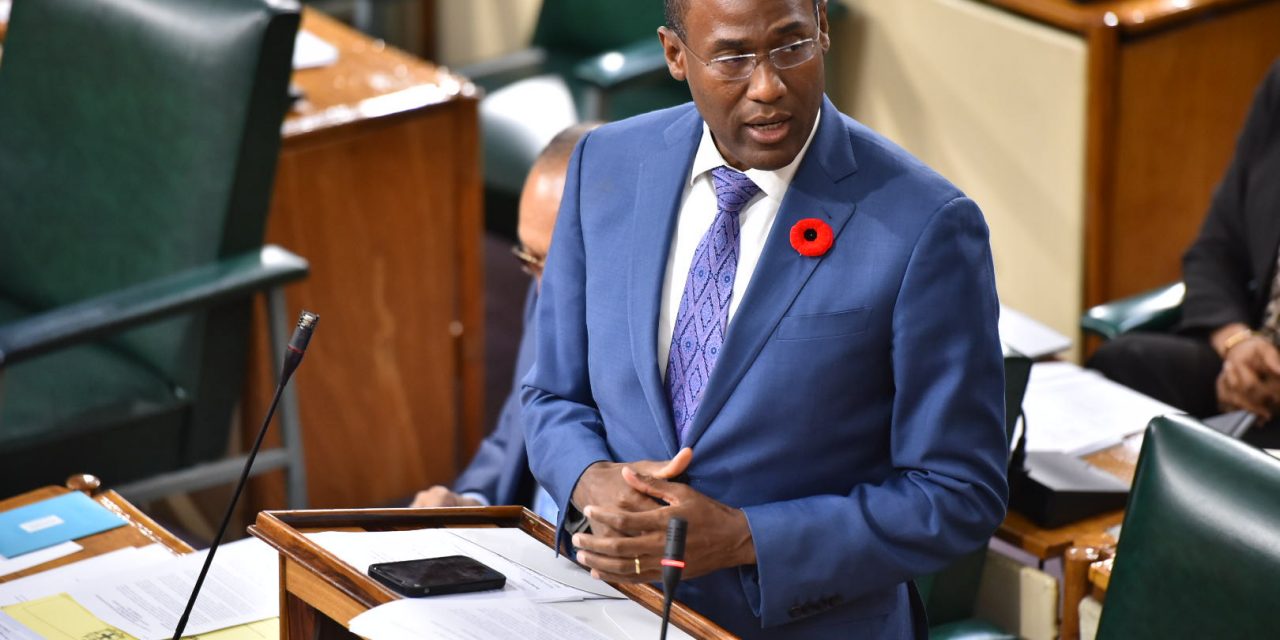 Finance Minister Dr. Nigel Clarke says the over-performance of government revenues is proof that the Jamaican economy is doing well.

The Finance Minister says the nearly $35 billion dollars higher than expected tax revenue is partly a result of growth in the economy.

The House of Representatives earlier this week approved the first supplementary estimates for the fiscal year which saw the government’s projected expenditure increase by some 60 billion dollars.

The lion’s share, 20 billion dollars, will go toward payments under the public sector compensation review.

Dr. Clarke says all areas of government revenue are over budget.

The Finance Minister made it clear that none of these gains was achieved through increased taxation but greater economic activity.

Dr. Nigel Clarke Minister of Finance and the Public Service.

However, Opposition Spokesman on Finance, Julian Robinson, says the gains in revenue, which he says were made off the backs of Jamaican people, should be returned to them.

He says while the Opposition takes no issue with the allocations, the government must be reminded that much of it has been gained through rising inflation which has hurt the Jamaican people.

And, Opposition Leader, Mark Golding, also noted that the country is simply recovering and is yet to realise true growth.

Mr. Golding says while the government is seeing gains in revenue, the average Jamaican is still suffering.

He was speaking in the House of Representatives earlier this week.