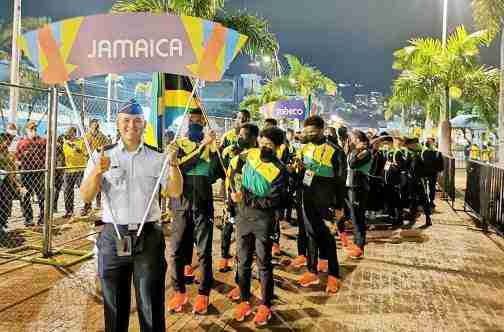 Jamaica’s flag-bearers at the first ever Junior Pan American Games, Brandon Sealey and Tahlia Richardson, have expressed a deep sense of pride and honour to be chosen for executing national rites at the event’s Opening Ceremony in Cali, Colombia.

Sealey, a member of the taekwondo group and Richardson, a member of Jamaica’s badminton team, will forever be remembered as the first athletes to carry the nation’s flag at the signal opening of the Games, which begun on Thursday, November 25 and runs through to Sunday, December 5.

Commenting on his role, Sealey expressed “gratitude” to the Jamaica Olympic Association, for extending the flag-bearing honour.