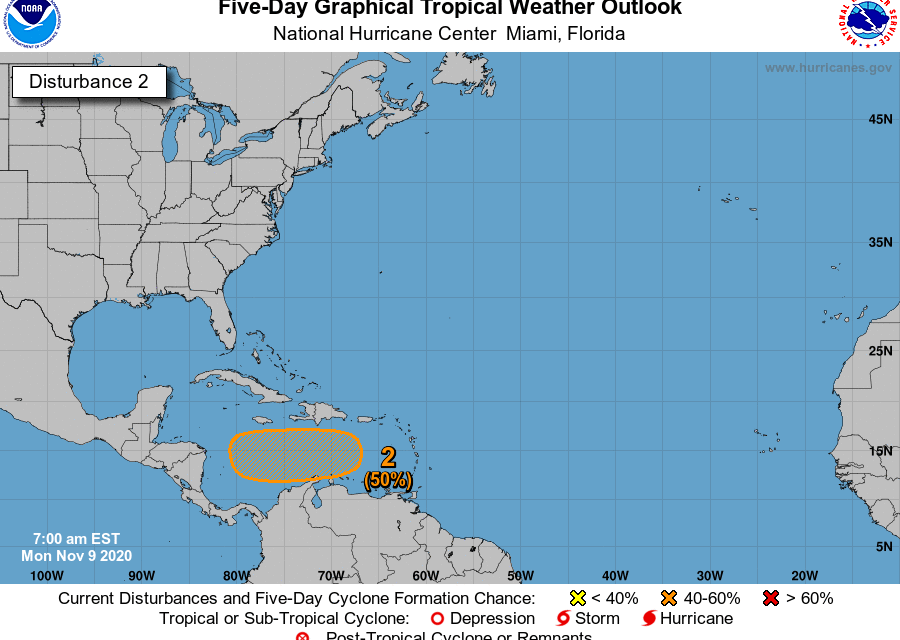 On its Twitter page, the Met Service says Jamaica is caught under the outer bands of heavy rainfall associated with tropical cyclone Eta.

In the MET Service’s 3 day forecast tomorrow and Wednesday is expected to be mostly cloudy with periods of showers mainly across southern and northeastern parishes.

It says Jamaica is expected to see an improvement in weather conditions with a reduction in rainfall by tomorrow.

But a tropical wave could bring more instability to the Central Caribbean by the end of the week.

Meanwhile, the Met Service says there’s a broad Trough across the western Caribbean.