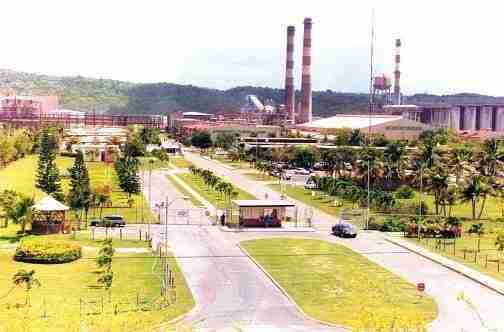 A former chairman of Clarendon Alumina Production, CAP, Dennis Morgan, says he has no knowledge of five payments totaling US $93,000 made last year to CCA Capital Partners Limited.

The payments were made over a period of seven weeks between July and August 2020 in the run up to the September 2020 General Elections.

Nationwide News has obtained copies of the invoices for the five payments approved by CAP’s General Manager, Shanice Nesbeth.

All the payments were made to a JMMB US dollar savings account.

Mr. Morgan told our news centre that it was the Deputy Chairman of the Board, Dennis Wright, who recommended that the Andrew Simpson led CCA Capital Partners be contracted in May 2019.

Wayne Walker has that side of the story.

Nationwide News investigations have unearthed more questionable payments made to CCA Capital Partners. And for work that was not publicly put to tender and subject to the procurement rules.

All the invoices were submitted for the attention of the CAP General Manager, Shanice Nesbeth. She approved all of them. The payments were then made to one account – a JMMB US Dollar savings account.

The first invoice, dated July 6, 2020, for US $12,000, was submitted for the completion of what’s listed as Task number three. An analysis of World Energy markets and Implications on JAMALCO’s outlook.

Just over a week later, on July 17, CCA Capital Partners submitted another invoice for Task number two. That was for the formulation of a new business model for the JAMALCO refinery after it was incorporated.

That invoice is valued at US $31,500. Again, Ms. Nesbeth approved the payment.

This task is similar in wording to one listed in the proposed new contract of November 9, 2021. The fee for that – US $20,000 for developing a post Incorporation Business Plan for JAMALCO.

This similarly worded task re-appears in the new contract despite being noted as completed on the invoice of July 17, 2020.

It’s associated with the completion of Task number one, which is said to have been an analysis of the implications of the shareholders marketing agreement post incorporation.

The final invoice, dated August 24, 2020, is for leading a team of persons to review operations and productions at JAMALCO.

That was ten days before the September 3 General Elections.

The former chairman, who was at the helm of Clarendon Alumina Productions at the time, says he had no knowledge of the payments.

He also denies knowledge of the engagement letter of May 10, 2020 under which the payments were requested and made.

He says it was CAP’s Deputy Chairman, Dennis Wright, who recommended that CCA Capital Partners Limited be contracted by CAP.

Mr. Morgan revealed that CCA Capital Partners was selected based on what he described as an unsolicited proposal.

The Andrew Simpson-led company replaced Price Waterhouse and a company out of Hong Kong, CEFAS to provide services to CAP.

Mr. Morgan says in hindsight, he’s uncertain whether the cost justification for bringing in CCA Capital Partners has been realised.