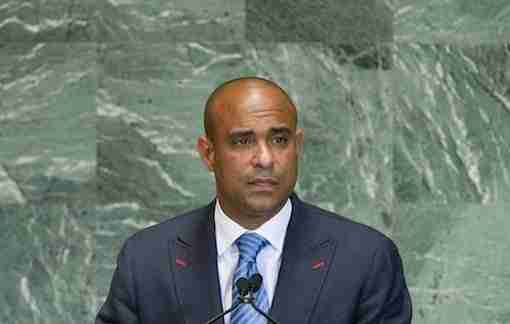 Former Prime Minister of Haiti Laurent Lamothe has called for an international investigation into the assassination of Haiti’s President Jovenel Moise.

Meanwhile, Haiti’s ambassador to the United States, Bocchit Edmond also described the suspects as foreign mercenaries and said he believed they had received assistance from Haitian nationals.

According to Mr. Edmond, video from the scene showed suspects speaking Spanish and presenting themselves as Drug Enforcement Administration agents.

And, Mr. Edmond said he believes Haiti’s first lady Martine Moise is now out of danger.

He says they’ll continue to pray for her recovery.

The first lady was flown to Miami on Wednesday and is being treated at a hospital there.

She was wounded in the assassination attack early Wednesday morning.

Ambassador Edmond said an investigation is ongoing, and he does not want to speculate on a motive.

However He did confirm some suspects in the attack were killed or arrested.