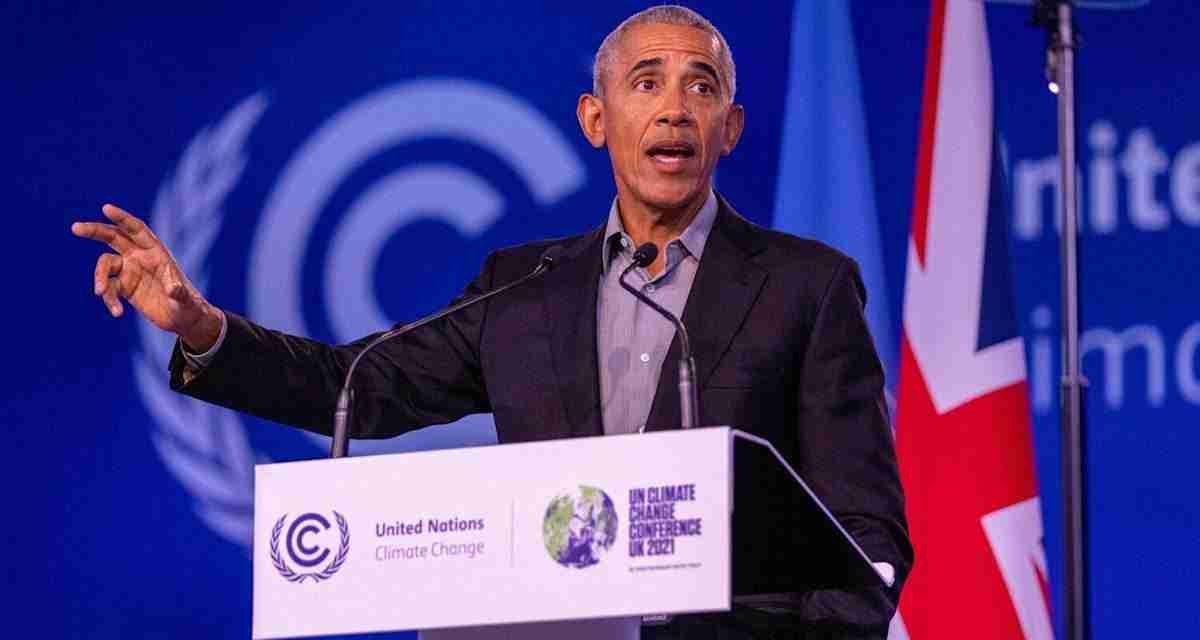 Former U.S President Barack Obama has called on young people to “stay angry” in the fight against climate change, while speaking at the COP26 summit Glasgow, Scotland.

Obama urged them to apply political pressure to make a change, but warned they would need to accept compromises along the way.

He said the world is nowhere near where it needs to be, if it is to avoid a future climate catastrophe.

He also criticised another ex-President, Donald Trump, for what he calls his “active hostility toward climate science”.

Mr Obama also scolded China and Russia’s leaders for not physically attending the COP26 summit, while calling out nations who failed to meet the pledges they made in the 2015 Paris Agreement, when he was in the White House.