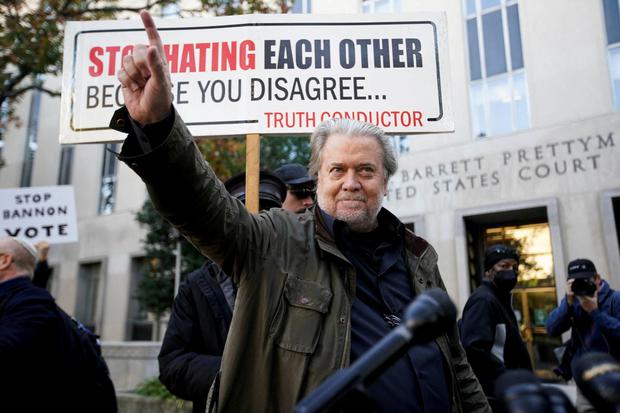 Former White House chief strategist Steve Bannon has been sentenced to four months in jail after he refused to co-operate with the congressional committee investigating last year’s Capitol riot.

The sentencing comes after Mr Bannon was found guilty in July of this year on 2 counts of contempt of Congress after he refused to testify and failed to hand over documents.

Bannon, 68, who served as Trump’s chief strategist in the early stages of his presidency, denies wrongdoing and is expected to appeal his conviction.

The sentence falls short of a Department of Justice request to see Mr Bannon jailed for 6 months and fined $200,000.

However Mr Bannon will not enter custody yet as presiding judge Nichols granted Bannon’s defence lawyers request that the court delay any prison term until the appeals process is complete.