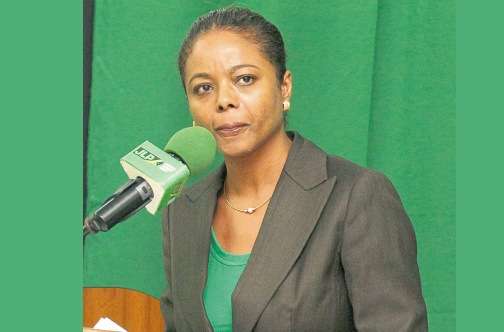 There are major concerns being expressed this afternoon by the parliamentary opposition regarding various health threats facing the country.

Opposition Spokesperson on Health, Marlene Malahoo-Forte says she’s had reliable reports that the mosquito-borne Zika virus, is now in Jamaica.

Zika is similar to dengue with symptoms including fever, joint and muscle pain, rash and swelling of the lower limbs.

It’s spread by the same mosquitoes that transmit Chikungunya.

In May this year the Government reported that the Zika virus was affecting Brazil and the Dominican Republic, with efforts being made to prevent it reaching Jamaica.

Earlier this week the Health Ministry said it was collaborating with the Pan American Health Organization, PAHO and the Caribbean Public Health Agency, CARPHA, to investigate a case of a potential mosquito-borne viral illness.

The Ministry said a sample was taken from an individual and sent to CARPHA for confirmation.

Addressing an emergency media briefing at the JLP’s Belmont Road Headquarters this afternoon, Senator Marlene Malahoo Forte said she’s had reliable reports that cases of Zik-V have been confirmed in Jamaica.

Senator Malahoo Forte is also expressing concern regarding the extent of the hand, foot and mouth disease which is currently affecting sections of the island.

She says poor management and the drought conditions have contributed to the spread of the disease.

She’s urging Jamaicans to take precautions to ensure their safety.