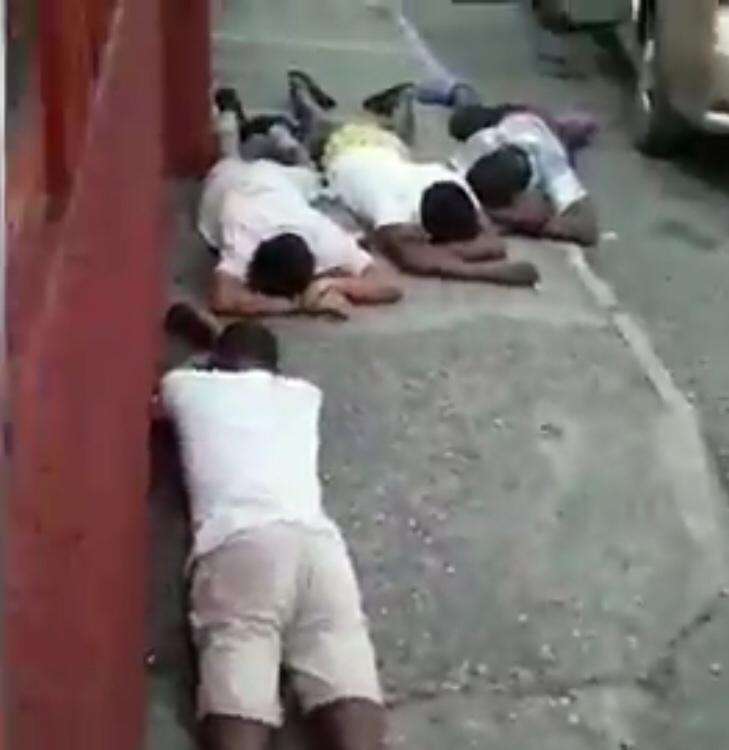 One man is to face the courts today and four others next Thursday after being charged with robberies by the Kingston Eastern and St. Catherine South police divisions.

Charged with robbery with aggravation and illegal possession of firearm and ammunition is 25 year old  Akeem Robinson, a merchandiser of Adair Drive in Waterford, St. Catherine.

Police reports say on Sunday November 24 about 11:30 p.m., Robinson and another man held up a man with a gun and robbed him of his motorcar.

A passerby who saw what was happening contacted the police and chased the robbers to Palmetto Drive in Portmore.

When the the Police arrived on the scene, the motor car was retrieved and Robinson was identified as one of the robbers. He was arrested and subsequently charged after a question and answer session.

The men, all 18 years old and from Kingston 14 addresses along with Garfield Anderson otherwise called ‘Matthew’, a mechanic of Homestead Road, Kingston 2 will answer to charges of robbery with aggravation.

Reports are on Tuesday December 3 about 3:20 p.m., all four men were in a motor car when one of them alighted and grabbed a woman’s cellular phone.

The woman was also punched in the face.

A team of Police officers who were nearby observed what happened and arrested the men.

They were subsequently charged.