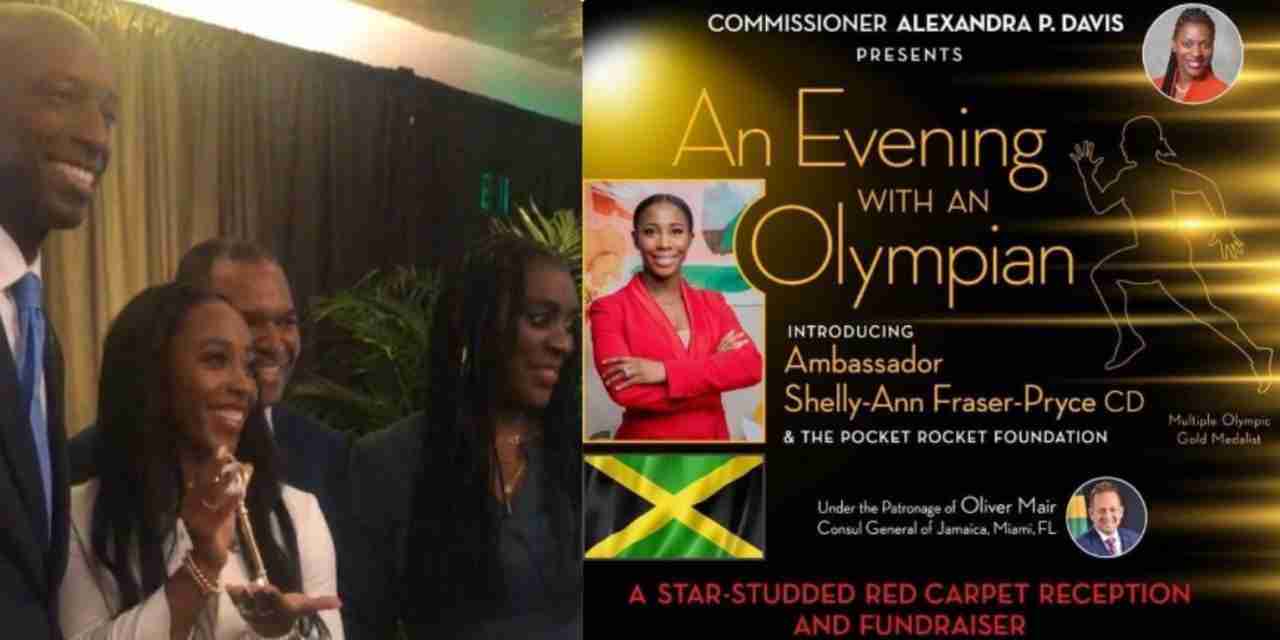 Track legend, Shelly-Ann Fraser-Pryce was on Tuesday evening awarded the keys to Broward County and the city of Miramar in the United States at a fund raiser for her Pocket Rocket Foundation which is a non-profit organisation which offers financial assistance to high school student athletes.

Dubbed ‘An Evening With An Olympian’, the fundraiser was convened by Miramar Commissioner, Alexandra Davis, under the patronage of Jamaica’s Consul General to Miami, Oliver Mair.

Several items used by the Jamaican track great during her glittering career, including spikes and other track wear, were auctioned at the event – raising several thousands of United States dollars.

Mrs. Fraser-Pryce was lauded by Consul General Mair for her commitment to paving the way for the future generation and was given the lifetime achievement award by the Jamaican Consulate in Miami.

Mrs. Fraser-Pryce was introduced at the event by musician Steve Higgins.

Fraser-Pryce thanked organisers of the event and those who contributed to her Foundation via the auction.

The Jamaican also expanded on the purpose of the Pocket Rocket Foundation which has so far benefited 55 student athletes across 22 high schools in Jamaica and from 11 sporting disciplines.