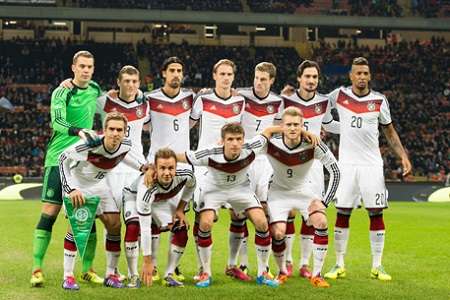 Germany will be awarded $US35M in prize money for winning the 2014 world cup, while each player will get a $408-thousand bonus from their national football federation for lifting the trophy.

Mario Gotze’s winning goal in extra time ensured coach, Joachim Low’s, side will earn the biggest share of the $US576 million dollar prize, up more than $150 million from the 2010 world cup.

Spain earned $30million of the $420 million for winning the tournament in South Africa four years ago.

Argentina will be paid $25million for finishing as runners-up this year, while each of the 32 nations that reached the finals in Brazil have earned at least 8 million.

The fund includes payments to clubs worldwide and an insurance policy to cover injured players’ salaries.

Before the tournament, Germany football federation promised all 23 players in the squad a bonus of 408-thousand dollars for winning the title.

This was Germany’s fourth in world cup history and the first to be won by a European side in South America.