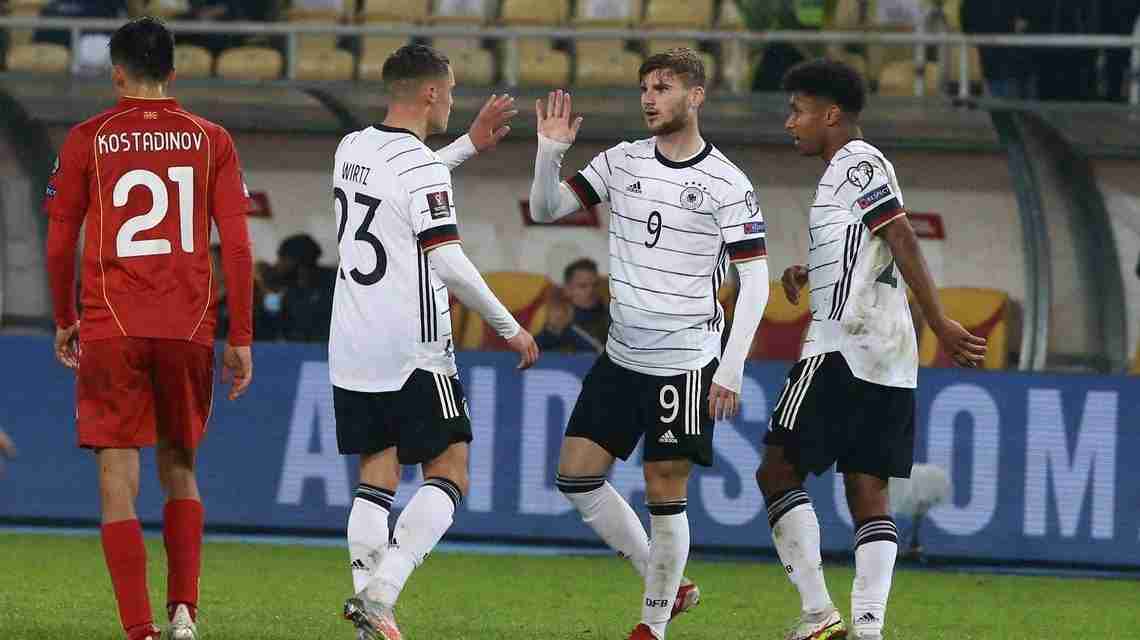 Germany became the first team to join hosts Qatar at the 2022 World Cup with a thumping 4-0 victory in North Macedonia.

Former England youth international Jamal Musiala opened his account for the Germans, running in on goal and stroking home a confident finish.

Kai Havertz claimed the first goal in the second half, slotting in from Thomas Muller’s unselfish pass.

The Germans could have had more, but Chelsea forward Werner rattled the post with a thumping low drive on the stroke of half time, but managed to score twice as his side got the job done with clinical finishing in the second period.