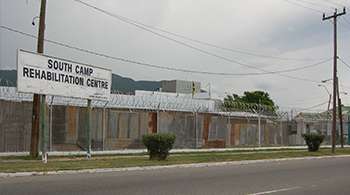 The government is to consider relocating the Metcalfe Street Juvenile Correctional Centre, in downtown, Kingston.

Officials from the National Security Ministry and the Department of Correctional Services met yesterday to discuss security concerns arising from an incident involving members of staff at the Correctional Centre on Tuesday.

The incident resulted in the windshield of the bus assigned to facility being damaged due to gunfire along Hannah Street in Western Kingston.

According to the Ministry, psycho-social support, via a trauma team, will be provided after such incidents.

Internal security will also be strengthened at the facility.

The Ministry says it was also agreed that there’ll be greater collaboration on operational matters between the Metcalfe Street facility and the Denham Town police.

The Security Ministry says all stakeholders will continue working together to ensure the safety and security of staff and children at the facility.

None of the three members of staff in the vehicle at the time of the incident was injured.

The Correctional Services says there’s no report to suggest the staff bus was targeted by gunmen.