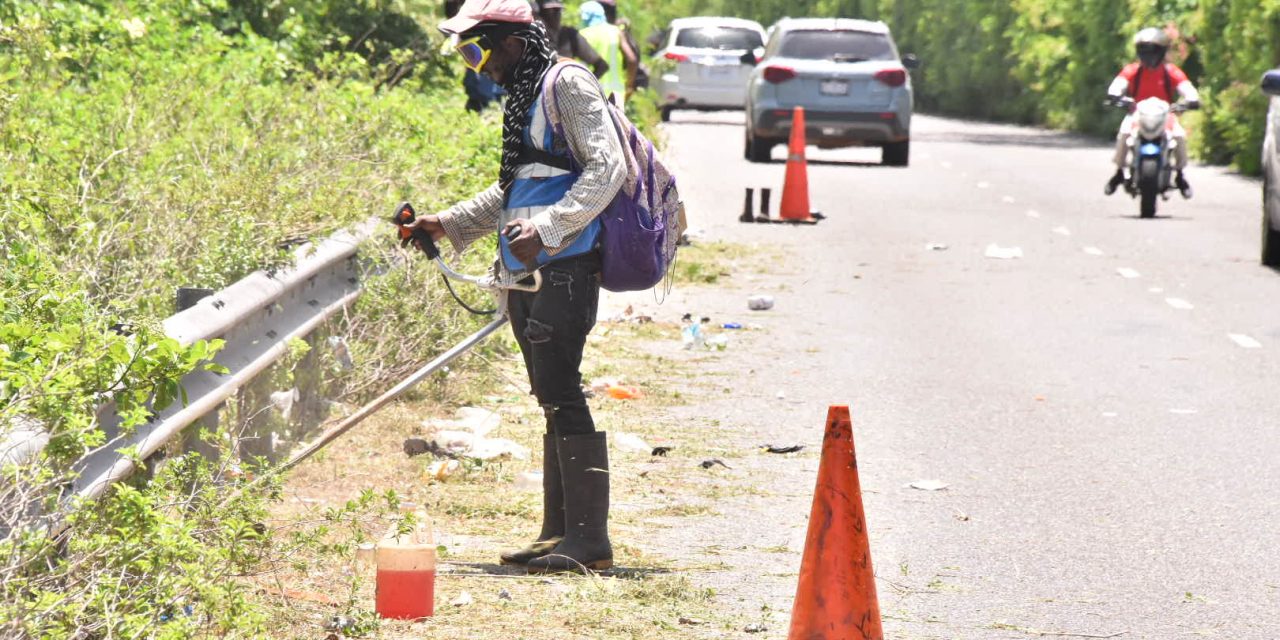 The government is set to target crime hot spots as it ramps up its Clean Jamaica Campaign in several communities across the island.

The campaign will be embarking on de-bushing and other clean up activities to not only beautify communities, but also to reduce the opportunities for criminals to take cover in overgrown areas.

Minister with responsibility for Information, Robert Morgan, says the effort is an important part of the government’s Jamaica 60 observance.

The minister says no notice will be given for upcoming de-bushing and clean up locations for security reasons.

The project is being undertaken by workers attached to the National Solid Waste Management Authority.

The Head of the Operations Portfolio in the St. Catherine Police Division, Michael Campbell, says this is the police’s forward approach to crime fighting.

Dyke Road has been in the centre of recent criminal activities and the bushes along the strip assists.

Michael Campbell, Head of the Operations Portfolio in the St. Catherine Police Division.