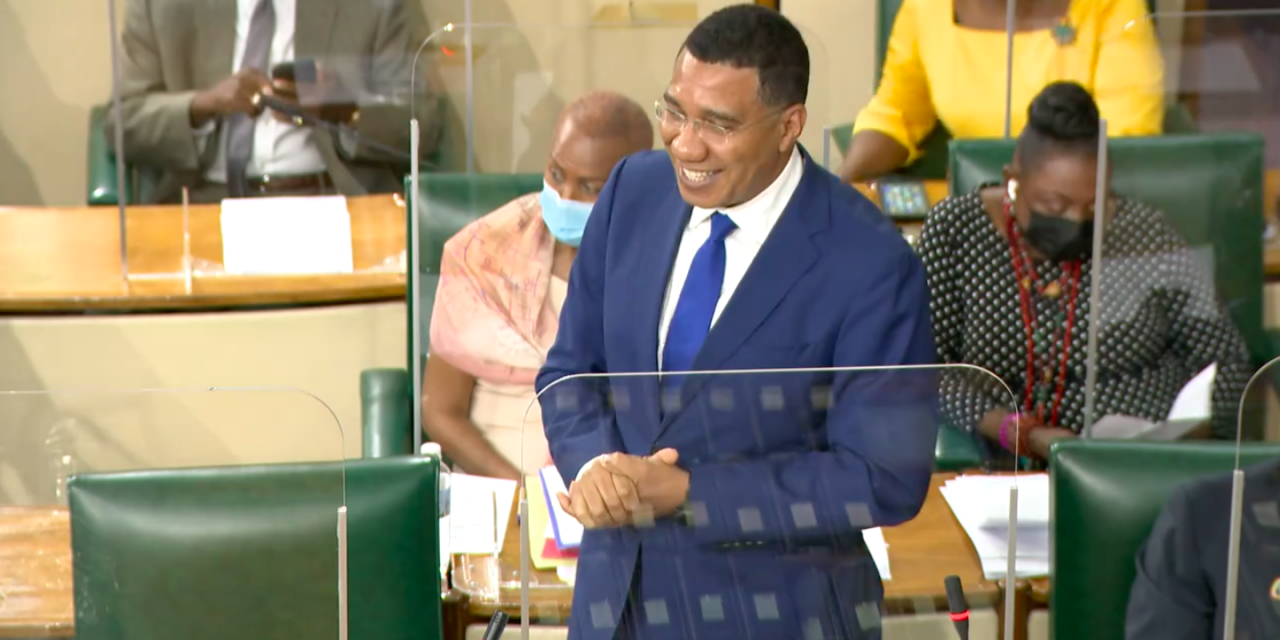 Prime Minister Andrew Holness has reduced by an hour the curfew over the festive period.

However, the curfew will run from 1am to 5 am on Christmas Eve and New Year’s Eve.

The Prime Minister made the announcement as part of new measures for the management of the COVID-19 Pandemic in the House of Representatives this afternoon.

Mr. Holness says this is a continuation of the gradual reopening of the economy as the country learns to live with the virus.

The new measures will take effect on Friday, December 10 and run until January 13 next year.

Curfew hours have been reduced by one hour to 10PM with special exceptions for Christmas Eve.

Similarly, for News Years Eve night, the curfew will begin at 1 AM after midnight on News years Day.

Mr. Holness says due to the pent up stress collectively felt by the nation some relief was needed for the festive season.

However, despite the relaxation in curfew times, all gathering limits remain the same.

Attendance in places of worship and weddings also remains capped at one hundred.

While funerals and burial limits remain at 20.

However, beaches and other water attractions opening hours have been extended by one hour to 5 PM.

Mr. Holness says the measures remain geared toward a cautious reopening of the economy.

And, Prime Minister Holness says the mandatory work from home orders are to come to an end for the new year.

Mr. Holness says the aim is to get the public sector back to its full duties.

He’s calling on the private sector to make their own decision as to whether to continue their individual work from home policies.

Meanwhile, Prime Minister Holness says the travel ban imposed on Southern African nations due to the emergence of the Omicron Variant of COVID-19 will be reviewed due to its prevalence in over 40 countries.

However, he says the ban was not meant to be discriminatory.

He’s also urging Jamaicans to get vaccinated in light of the new Omicron Variant of COVID-19.

While expressing no issue with the new orders, Mr. Golding expressed disappointment that the curfew hours were not extended to 11 pm for the festive season.