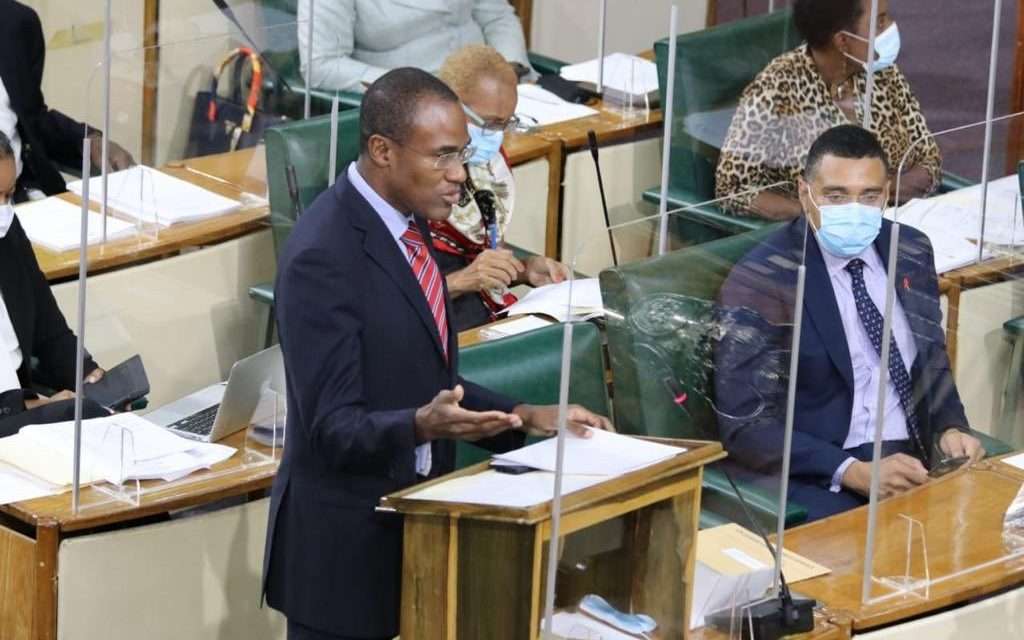 Finance Minister, Dr. Nigel Clarke today tabled a bill in the Lower House of Parliament to extend by 5 years the annual National Housing Trust, NHT, contribution of $11.4 billion to the Government.

If the extension’s approved that would be an additional $57-billion to Central Government revenues.

Dr Clarke says given the economic constraints brought on by the prevailing COVID-19 pandemic, among other factors, the arrangement which was to expire in March 2021 will require an extension.

The Finance Minister says this annual contribution will not impact the entity’s capacity to provide low income housing to contributors.

Minister Clarke says the measure is one of several to strengthen the country’s financial viability over the next few fiscal years.

Dr. Nigel Clarke, Minister of Finance and the Public Service, speaking this afternoon in the House of Representative.

Meanwhile, Opposition Leader, Mark Golding says it doesn’t add up that extracting an additional 57 billion dollars from the NHT would not have an adverse impact on the Trust’s ability to provide more low income housing.

He was responding to Finance Minister, Dr Nigel Clarke’s proposal in the House of Representatives.