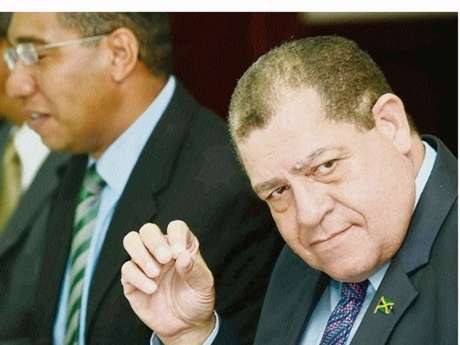 The Finance Minister gave the indication in an interview with journalists today, as he reacted to the contraction in the economy in the first quarter of the fiscal year.

Despite negative growth of 0.1 percent in the June quarter, Minister Shaw remains optimistic about the expected performance of the economy for the entire fiscal year.

The contraction in the economy between April and June broke a trend of nine previous quarters of positive growth.

The International Monetary Fund, IMF, reacted with disappointment, saying the news is ‘unfortunate’. But the Finance Minister remains positive, expecting growth numbers to pick up.

Still, he’s uncomfortable with how economic growth is currently measured by the Statistical Institute of Jamaica, STATIN.

Minister Shaw was speaking this morning with journalists after he gave an address at a Factories Corporation of Jamaica expo on Marcus Garvey drive in Kingston.

There’s growing anxiety over growth numbers for the second quarter of the year, ending in September.

A second consecutive quarter of decline would mean the economy is in recession.

Already, Agriculture Minister, Karl Samuda, has declared the sector may have suffered further declines in the second quarter, following a downturn in the first.

That’s significant because agriculture is usually a key driver behind growth.

But unlike Minister Samuda, Minister Shaw is not expecting a decline in agriculture in the second quarter.

Minister Shaw says he’s unable to say how the economy performed in the second quarter.

However, he says he’s still expecting improved economic performance for this fiscal year of between 1.7 to 2-percent in growth.