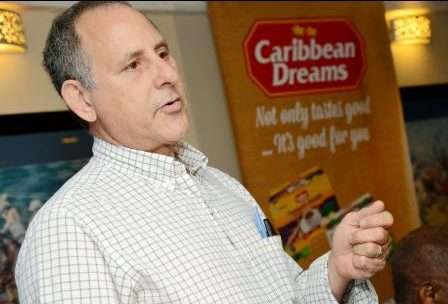 Jamaican Teas Limited, the manufacturer of the Tetley and Caribbean Dreams branded teas, is reporting that tea exports have continued to grow since the financial year end, running ahead of planned levels.

Chief Executive Officer, John Mahfood, says based on the progress achieved in the first quarter and early January, coupled with internal projections for the balance of the financial year, the outlook for 2017/18 is good.

Jamaican Teas, according to Mahfood completed yet another successful year to September 2017 in which shareholders’ equity passed the 1-billion mark, resulting from increased pro?ts, which rose 34-percent after tax.

In his report to shareholders, included in the company’s 2017 annual report, Mr. Mahfood indicated that overall, the Group saw a 21-percent increase in revenues from $1.3-billion in the 2015/16 financial year to $1.5-billion in the period under review.

For the full year, he reported that audited net profit increased from $118-million to $196-million as earnings per share, after discontinued operations, moved to $0.29 from $0.17 in the 2015/16 financial year.

Mr. Mahfood reported to shareholders that forecast for the 2018 financial year suggests that the Group should enjoy another year of growth and increased pro?t.