Haitians Coming Together to Deal with Cholera Outbreak 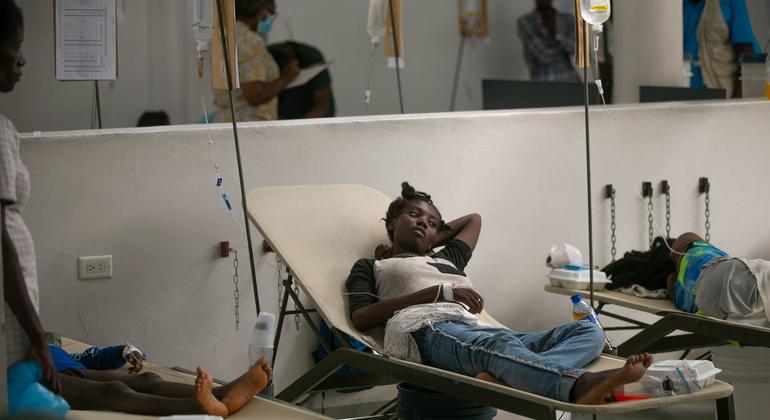 The United Nations Resident and Humanitarian Coordinator in Haiti, Ulrika Richardson, says Haitians are coming together to tackle the recent outbreak of cholera in the country.

Ms Richardson says she was deeply impressed and moved by the commitment and dedication of health workers, adding that there were many inspirational cases of people who have demonstrated humanity and professionalism during the cholera outbreak.

The UN is reporting that up until a few days ago, the increase in cholera cases had been gradual, but now health authorities are seeing a worryingly sharp increase, so the situation has become more challenging.

Figures released by the Department of Epidemiology, Laboratories and Research of the Ministry of Public Health, show that as of October 23, the total number of suspected cases in hospitals is 1,415 while there have been 41 deaths since the first was recorded on October 2