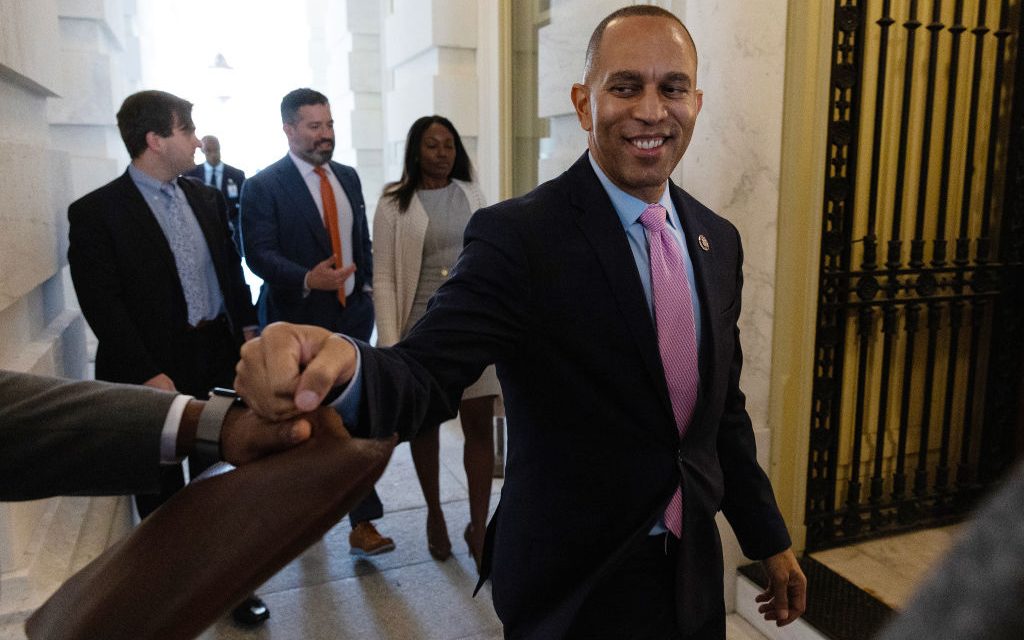 Congressman Hakeem Jeffries created history yesterday when he became the first black lawmaker to be elected leader of the House Democrats in the United States.

Jeffries of New York is the first black to lead a political party’s caucus in either chamber.

He will now replace Nancy Pelosi who held that position for almost 20 years.

Pelosi decided to step aside after the Democrats narrowly lost the majority at the mid terms on November 8.

The 52 year old Jeffries, a four-term New York congressman, has served in the fifth-highest rank of Democratic leadership since 2019.

In the US midterm elections earlier this month, Republicans failed to secure the “red wave” of victories many had predicted but regained a slim majority in the House, Congress’ lower chamber.