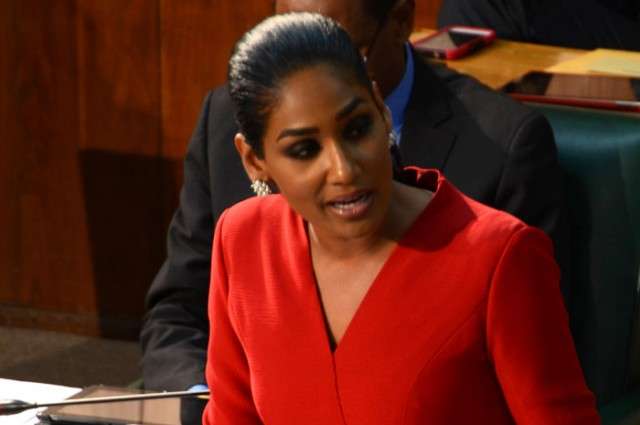 Opposition Spokesman on Foreign Affairs, Lisa Hanna, is asking the government if it intends to terminate diplomatic relations with Venezuela.

This was one of several questions tabled my Ms. Hanna in the House of Representatives this afternoon.

Last week Jamaica voted in favour of a resolution at the Organization of American States, OAS, to not recognize the regime of Venezuelan President, Nicolas Maduro.

Opposition Spokesman on Foreign Affairs, Lisa Hanna, is calling on the government to state what are the criteria in an international forum to vote not to recognize another government of a sovereign nation.

Ms. Hanna also wishes to know if Jamaica’s reason for withdrawing support is due to the abuse of human rights? And whether Jamaica consider the current Venezuelan regime to be the only nation abusing human rights?

She says if the answer to the previous question is in the negative, does the government consider any other nation that Jamaica has diplomatic relations with to be abusing the rights of its citizen.

Ms. Hanna wants to know if it’s the government’s intention to terminate diplomatic relations with Venezuela and withdraw Jamaica’s ambassador to that country.

Ms. Hanna’s questions come after the Opposition criticized the government for it’s vote against the Maduro regime last week. In a statement at the time, the PNP described the government’s move as cowardice when the South American country most needed its support. Ms. Hanna has also tabled questions on Jamaica’s attempt to unilaterally retake Venezuela’s 49-per cent stake in the Petrojam oil refinery.

Ms. Hanna wishes to know what bases did the government use to support the decision that its previous offer on Venezuela’s shares was a fair price.