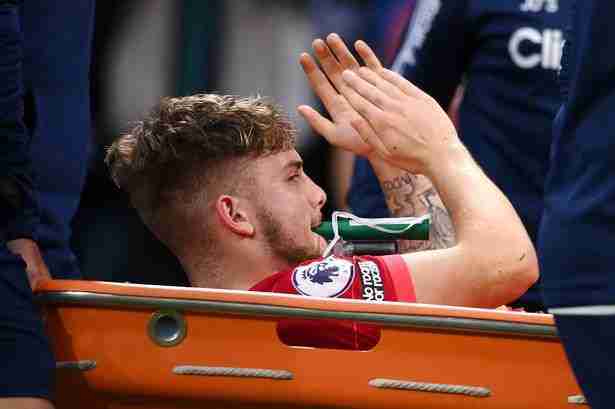 Liverpool midfielder Harvey Elliott had successful surgery on his injured ankle on Tuesday and he could return to action this season, according to the club.

The 18-year-old Elliot was carried off on a stretcher during Sunday’s 3-0 win at Leeds after a challenge by defender Pascal Struijk, who was sent off.

Liverpool said he suffered a “fracture dislocation” of his left ankle.

“The operation was a success so his comeback starts now,” said club doctor Jim Moxon.

Meanwhile, Leeds have confirmed that they have submitted an appeal against Struijk’s dismissal.