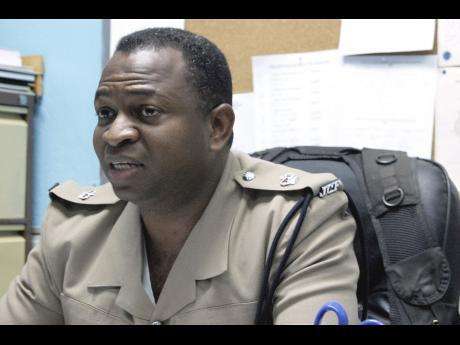 The National Security Ministry has confirmed news disclosed by Nationwide Radio earlier today, that Acting-Assistant Commissioner of Police, Terrence Bent, has been sent on leave.

Acting-ACP Bent is the Head of the Jamaica Constabulary Force’s Mobile Reserve.

He’s been sent on leave as the fallout from the murder of a businessman on Sunday begins to take shape.

The businessman, Sheldon Daley, was allegedly killed by 3-members of the Police Mobile Reserve.

Two of those members had been taken off front line duty, while they faced separate murder charges.

A statement today from the National Security Ministry, says portfolio Minister, Dr. Horace Chang, is today announcing the beginning of a major reform of the JCF.

The statement says Police Commissioner, Major General Antony Anderson has advised the Government that in short order, major changes will come in both the management and oversight of the JCF.

The Security Minister says the Commissioner has advised that Acting ACP Bent is being sent on leave to facilitate investigations at the Mobile Reserve.

Additionally, the Ministry says Assistant Commissioner Warren Clarke, is to oversee the winding up of the Mobile Reserve.

The Ministry says ACP Clarke is to develop the framework for a new vetted, specialized operations organization which is properly trained and equipped to respond to threats.

Dr Chang says the Commissioner has also updated the Government on the strategic plan for the JCF.

The Ministry says the Government has given the commitment of budgetary and legislative support, and the reform plans are to be executed this year.

According to the Security Ministry, Commissioner Anderson will join Minister Chang next week at a media conference to provide further details on the actions to come.

National Security Ministry, Dr. Horace Chang says the move to restructure the Police Force is on in earnest.

Minister Chang says there are several areas in the Constabulary which are in need of improvement.