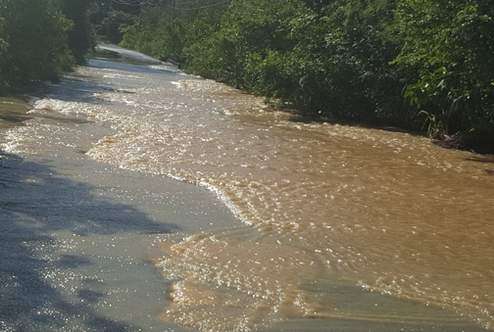 Residents in sections of St. Thomas are this afternoon marooned following heavy showers in recent days that has resulted in the road becoming inundated.

Ms. Brown says while a new bridge is being constructed the authorities constructed a temporary road in the river bed.

However last month the temporary road was affected.

Again in recent days, the road has been inundated.

She says the authorities will have to rebuild the temporary road once the water subsides.

Ms. Brown is calling for a better structure in the affected area since the construction of the bridge is still not complete.

But Ms. Brown noted the urgency of getting the new bridge completed.