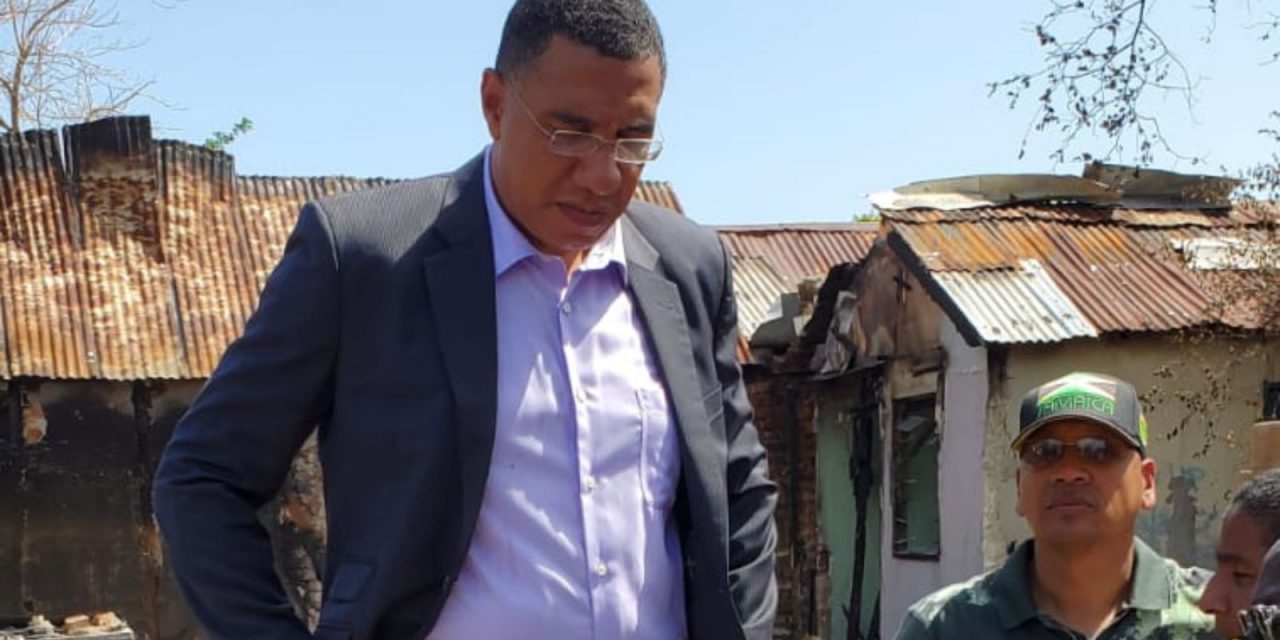 That’s the word of Prime Minister Andrew Holness to the residents of central Kingston whose houses were burnt down in Monday’s fire.

Over 30 people are now homeless as six houses were burnt out and four others reportedly suffered damage.

But he says before that can be done, land ownership will have to be established.

Robian Williams has this story.

Prime Minister Holness says the government will intervene to redevelop the space as part of the community’s housing solution.

The fire is said to have started at a premises on Smith Lane and spread to other buildings on James Street.

The plan Prime Minister Holness says is to engage the owners of the property.

On the issue of crime Prime Minister Holness points out that the community has a part to play.

Meanwhile other residents are calling for the expansion of the Zone of Special Operations, ZOSO, to reduce the level of criminality in the space.

Prime Minister Holness in responding to those calls, notes that it takes time to organize the security measure to make it a sustainable intervention.

He says the manpower and resources are limited at this time to expand the ZOSO across the police division.