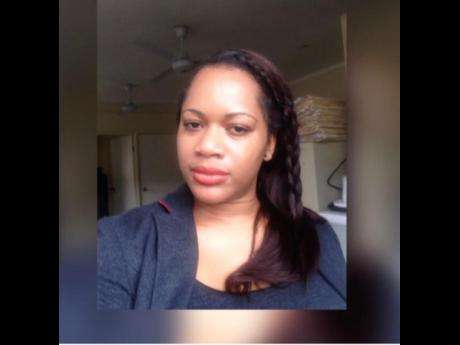 Detectives at the Major Investigation Division, MID, in the Corporate Area, have been assigned to help their colleagues in St. Ann probe the murder of attorney-at-law, Sasha-kay Fairclough.

The 29-year-old lawyer was murdered in Ocho Rios on Friday.

She lived in Brook Green in the parish.

Miss Fairclough is the granddaughter of the late, OT Fairclough, who’s credited with putting forward the idea which led to the formation of the PNP in 1938.

It’s understood the Police High command has instructed senior detectives at the MID to help probe the murder.

Several leads are being pursued in the high-level investigation.

Among the lines of enquiry is a theory that the gunmen who shot up the vehicle in which she was travelling may have been targeting Miss Fairclough’s mother.

The probe is reportedly examining whether the shooting stemmed from a dispute between Miss Fairclough’s mother and a man.

Sasha-kay Fairclough was shot dead and her mother seriously injured when gunmen sprayed a car in which they were travelling with bullets.

Miss Fairclough was the driver of the vehicle.

Her mother was shot in the abdomen and remains in hospital this afternoon in serious condition.

Police reports are that Fairclough was driving in the resort town shortly before 6pm when a car with armed men drove up alongside her vehicle.

Miss Fairclough was shot in the upper body and leg. She died while being treated at hospital.

Fairclough was a promising attorney who had studied law in the United Kingdom and returned to Jamaica to practice.

She wrote several columns for the Gleaner newspaper – including one in which she appealed to Jamaicans who may want to run away from the island to remain and contribute positively to the country.

The attorney has also contributed to the programme Talk Up Yute which airs on Saturday on Nationwide 90 FM.

Her killing has sent shock waves through sections of the country – including the legal fraternity.

Mr. Samuels wrote on Twitter – “Sasha Kay Fairclough murdered in front of her mother – condolences to her grieving family and friends”.

While Mr. Champagnie wrote on Instagram expressing shock at the killing of the young attorney.

Champagnie also urged members of the legal profession to not only focus on defending accused persons.

But to also offer potential solutions to the problem of high levels of violent crime which has plagued Jamaica for many years.