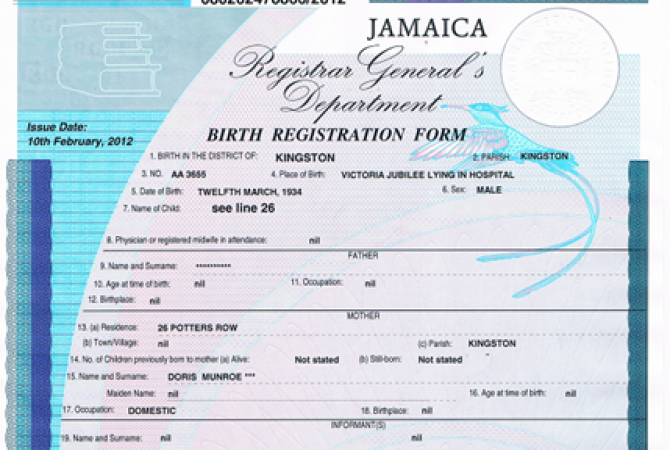 The government of Jamaica is spending US $4 million to digitise the country’s birth certificates.

Minister without Portfolio in the Office of the Prime Minister, Floyd Green made the announcement while speaking at a meeting of the Rotary Club of Kingston today.

Green says it’s one of the many projects the government will be undertaking to make the country more efficient.

Minister Green says the government is also rolling out a new project aimed at ensuring that every Jamaican owns a birth certificate.

The project dubbed Operation Birthright will start in the coming weeks and will initially target 11 thousand citizens for the country’s 60th anniversary celebrations.

Floyd Green, Minister without portfolio in the Office of the Prime Minister.