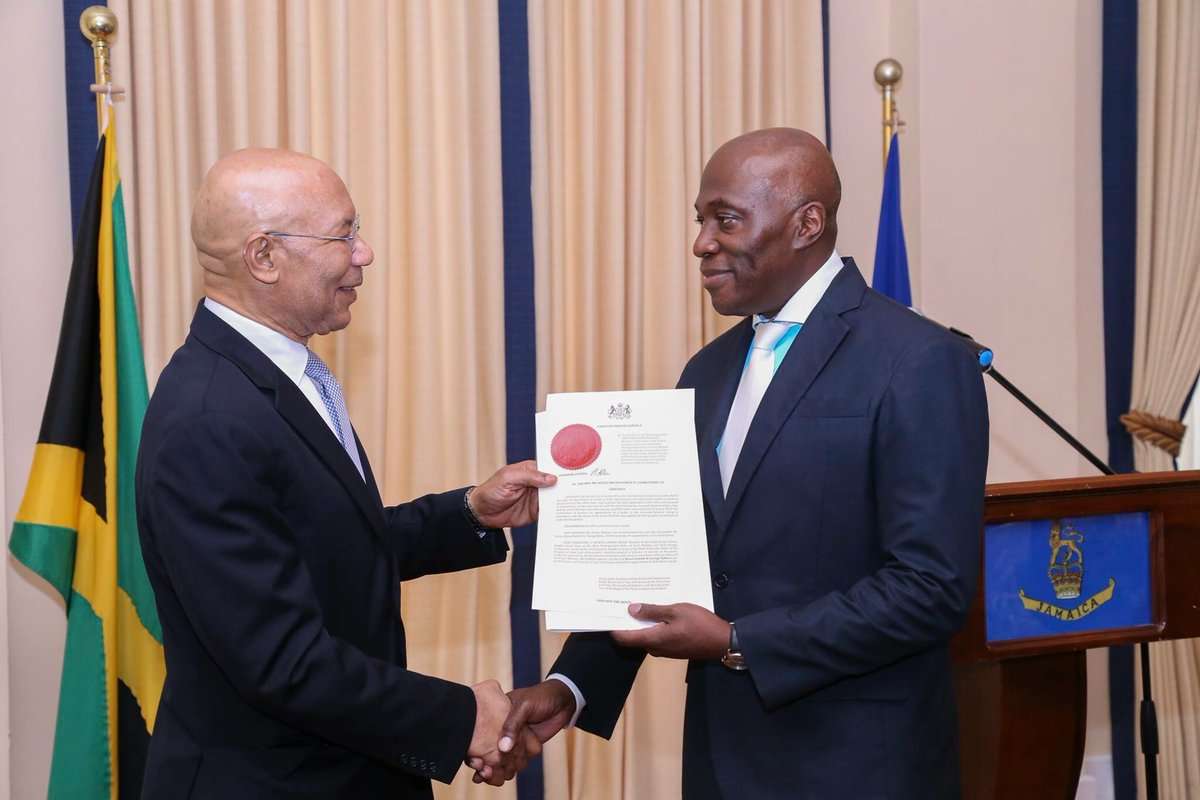 Prime Minister Andrew Holness is asking Acting Chief Justice, Bryan Sykes, to prove that he can deliver positive results before he can be confirmed in the job.

Justice Sykes– who has over 30 years of experience in the Justice system– was sworn in as Acting Chief Justice at a ceremony at King’s House this morning.

The Chief Justice should enjoy complete separation from the executive branch of government, headed by the Prime Minister, in order to maintain credibility.

That’s a point Prime Minister Holness noted during his address at the ceremony this morning. But he says his administration has a keen interest in the public outcry for swift judicial outcomes and an efficient justice system.

Prime Minister Holness says he’s confident he’s made the right decision in selecting Justice Sykes to act as Chief Justice. But he says the veteran jurist would have to prove himself before he’s fully confirmed in the job.

The Prime Minister’s statement has triggered concerns and anger in the legal fraternity.

The Prime Minister’s comment is being seen as potentially an effective fetter on Justice Sykes and may have a chilling effect on his work as he acts as Chief Justice.

Under the Constitution’s separation of powers principle, the Chief Justice is the head of one of three branches of government – the judiciary.

The other two branches are the Legislature and Executive.

Prime Minister Holness notes the significance of the independence of the judiciary from the executive branch of government and from any other influence.

But he says efficiency in the Justice system is critical to the executive branch of government.

Prime Minister Holness says the people want swift justice and his job is to make that a reality.